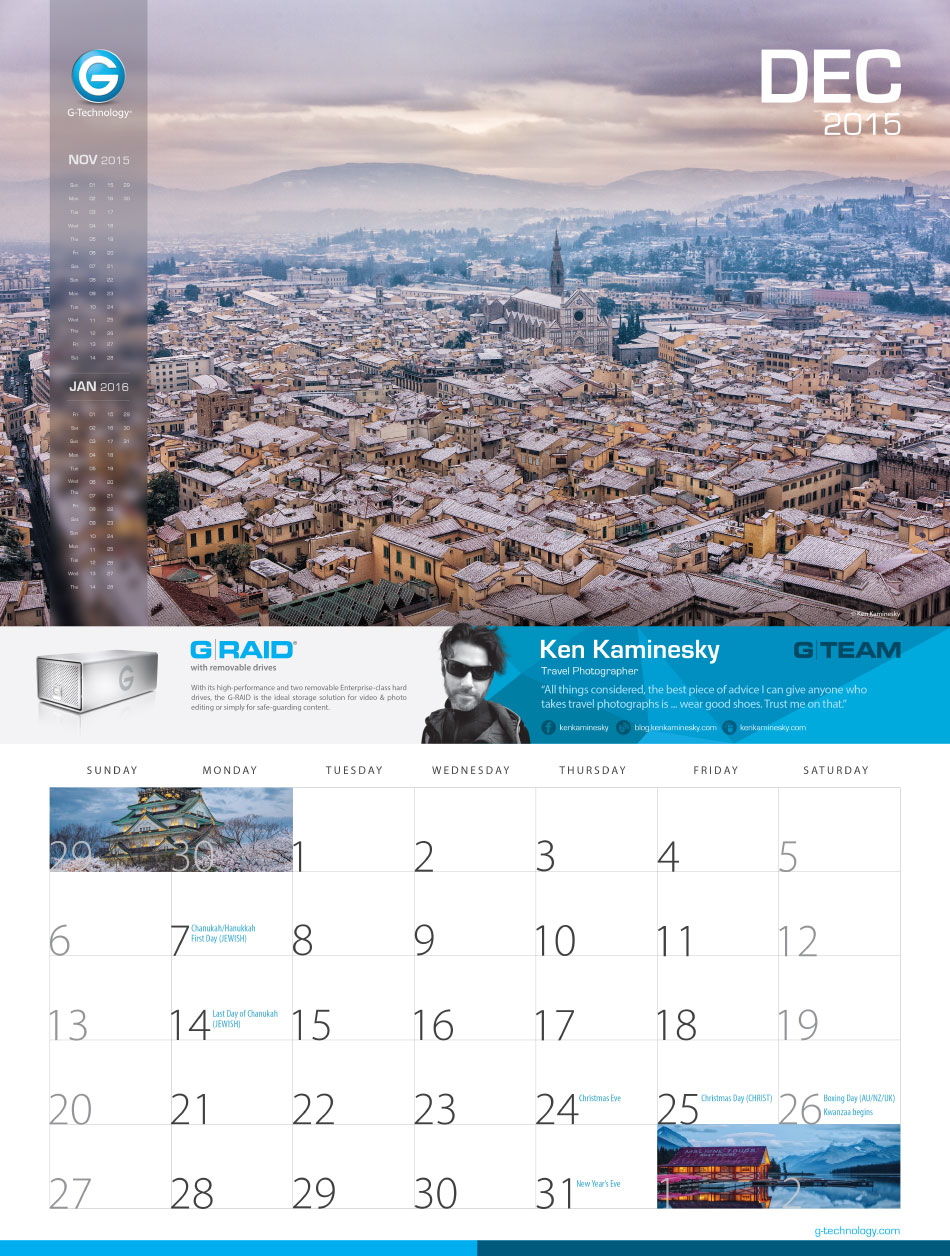 It was a nice surprise to see one of my all time favourite photos of mine being used in the new 2015 super giant sized calendar from G-Technology. While I knew they were putting together another cool calendar for this year, I had no idea how nice the final result would actually be. The printed version is HUGE and that really makes the photos jump off the page.

You can download the whole calendar here: G-Technology 2015 calendar

It’s always nice to have my work showcased next to talented friends like fashion photographer Dixie Dixon, adventure photographer Lucas Gilman, and concert photographer Alex Reside. All the photos were courtesy of members of G-Technology’s elite G-Team of artists that they support. I’m in good company amongst the Emmy, Pulitzer, and Grammy winners.

This photograph of Florence was shot back in 2009 in… You guessed it, December! It was just around Christmas time when I went up to the top of the Florence Cathedral on one of those extremely rare days that it snows in this beautiful city. Compared to the times that I’ve been in Florence during spring and autumn, winter is a relatively quiet time in the city and an excellent opportunity to get spectacular photographs. Just being there at the top of the cathedral dome, taking in the spectacular view, literally brought tears to my eyes. Some days it’s good to be a photographer, some days it’s just downright awesome.

Now that I’ve got my fancy new calendar from G-Technology, the only thing I need now is some of their awesome new travel hard drives that were just announced. I’m talking about the new G-DRIVE ev ATC with Thunderbolt and the G-DRIVE ev RaW. These are perfect hard drives for photographers working in challenging weather conditions or transporting their hard drives with tons of vital digital information around the world… In other words, for people like me. 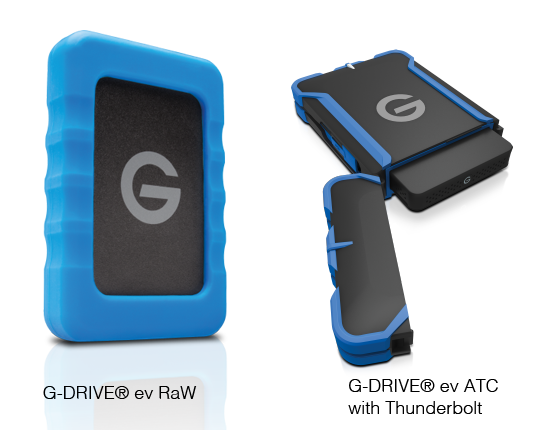 Since I’m now a representative of the month of December, I guess I should share with you a little information about this most glorious of months. ;-)
Important Historic dates in December

December gets its name from the Latin word decem (meaning ten) because it was originally the tenth month of the year in the Roman calendar, which began in March. The winter days following December were not included as part of any month. Later, the months of January and February were created out of the monthless period and added to the beginning of the calendar, but December retained its name. (source: Wikipedia)

There you go… More info about December than you actually need and you only have ten more months to wait to enjoy it all.