Only in New York City can you get the chance to be an angel, stand in the middle of a busy street, and have almost no reaction from passers by or oncoming traffic.

It was an interesting request I received from my friend Laurie Rubin to come meet her and the awesome Alan Shapiro in front of the Javits center during this year’s Photo Plus Expo. I can’t remember the details of the text message but something about photographing angels in that message intrigued me. PPE is a crazy time and most every minute of each day is filled with meetings, public speaking, dinners, and chance encounters with friends and colleagues. I missed out meeting up with Alan and Laurie on the first day of the shoot but just made it on the second day between scheduled meetings and commitments.

You’re the Devil in disguise 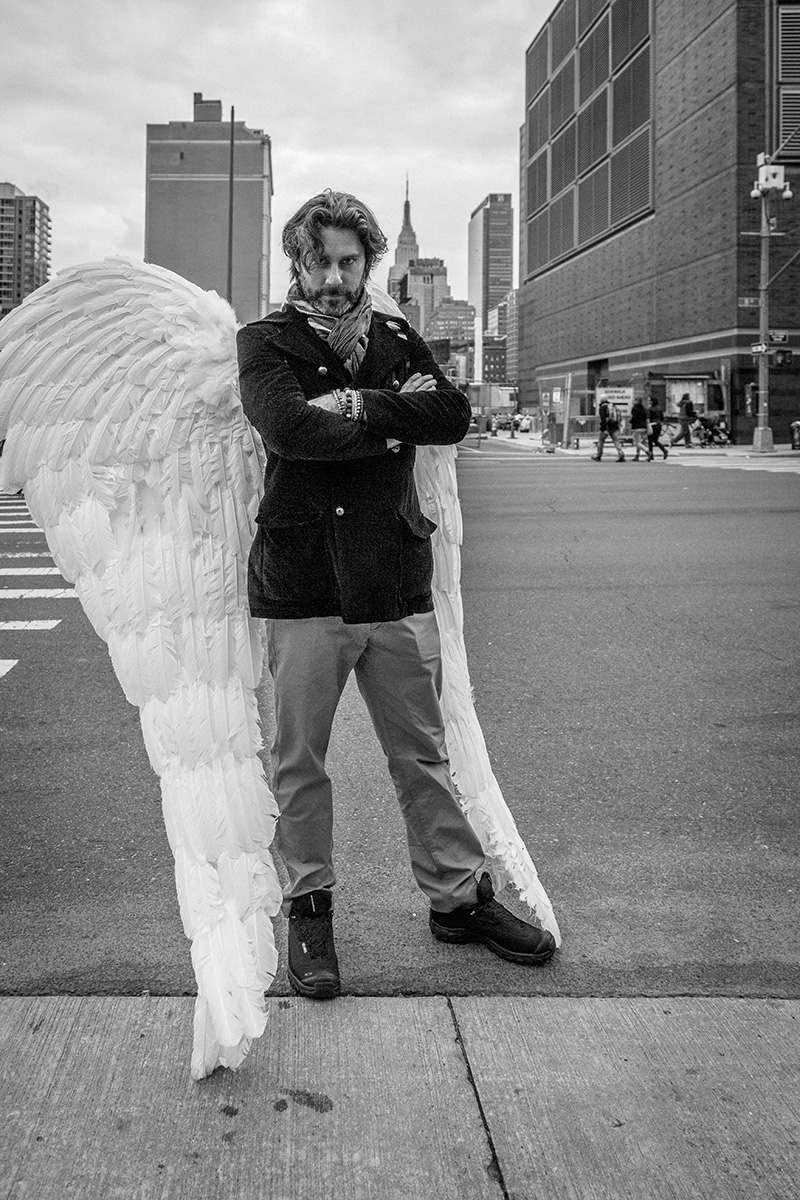 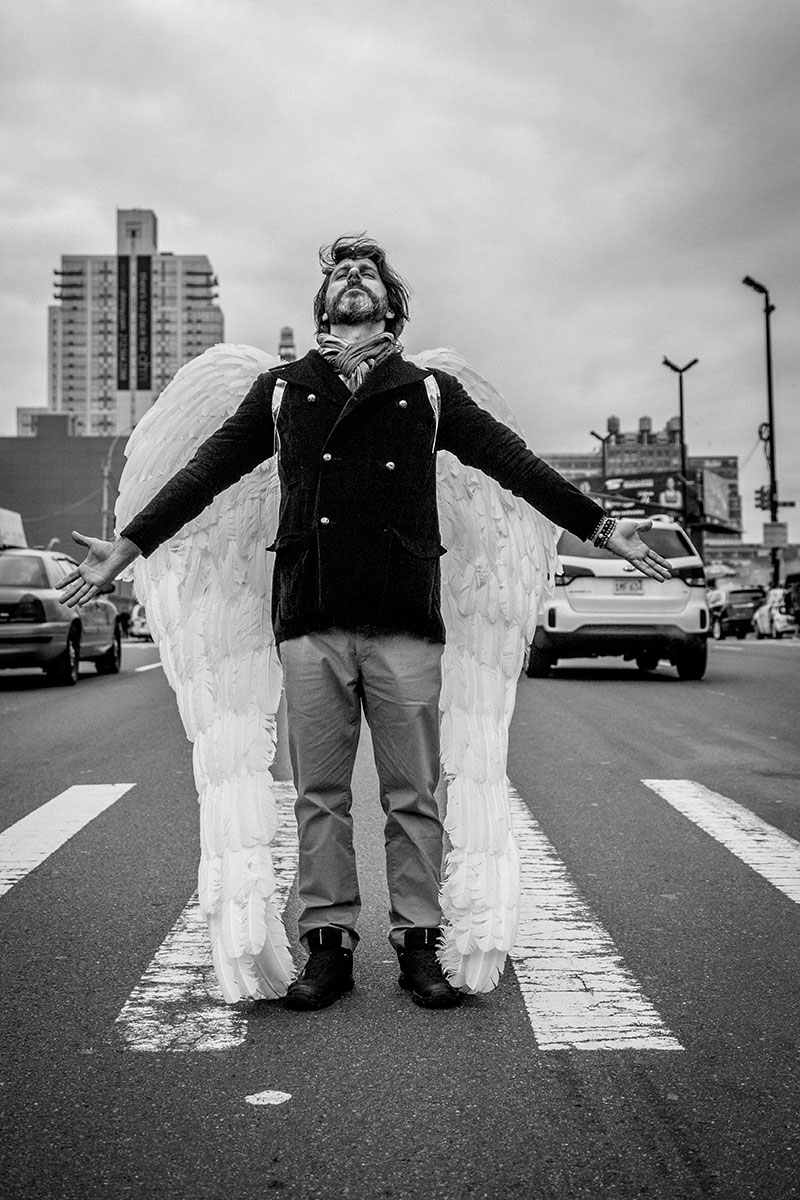 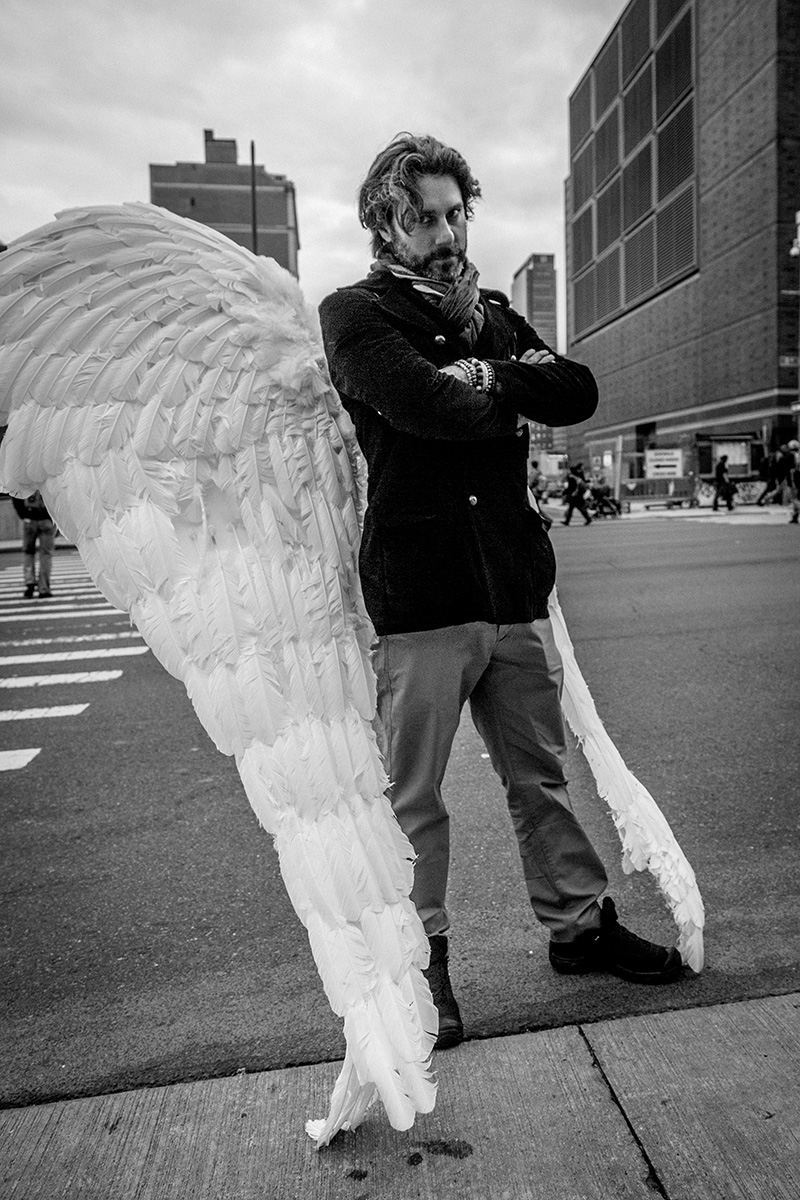 I love Alan’s work and had not seen him or Laurie while in NYC so it seemed like a perfect opportunity to go catch up with friends. Since I had no real details about what Alan had in mind, I was stunned to see these giant angel wings when I arrived at our arranged meeting spot.

Are there angels among us? My answer is ‘Absolutely.’ I have seen them firsthand.” ~Alan Shapiro

Anyone who knows me will immediately see how appropriate those angel wings look on me. All that is missing is a halo ;-)

I wasn’t the only angel in New York that day though. I was honoured to be one of the photographers that Alan photographed in the wings, especially when you consider the fact that legends like Art Wolfe and Joe McNally were some of the other photographers that posed for Alan during PPE. 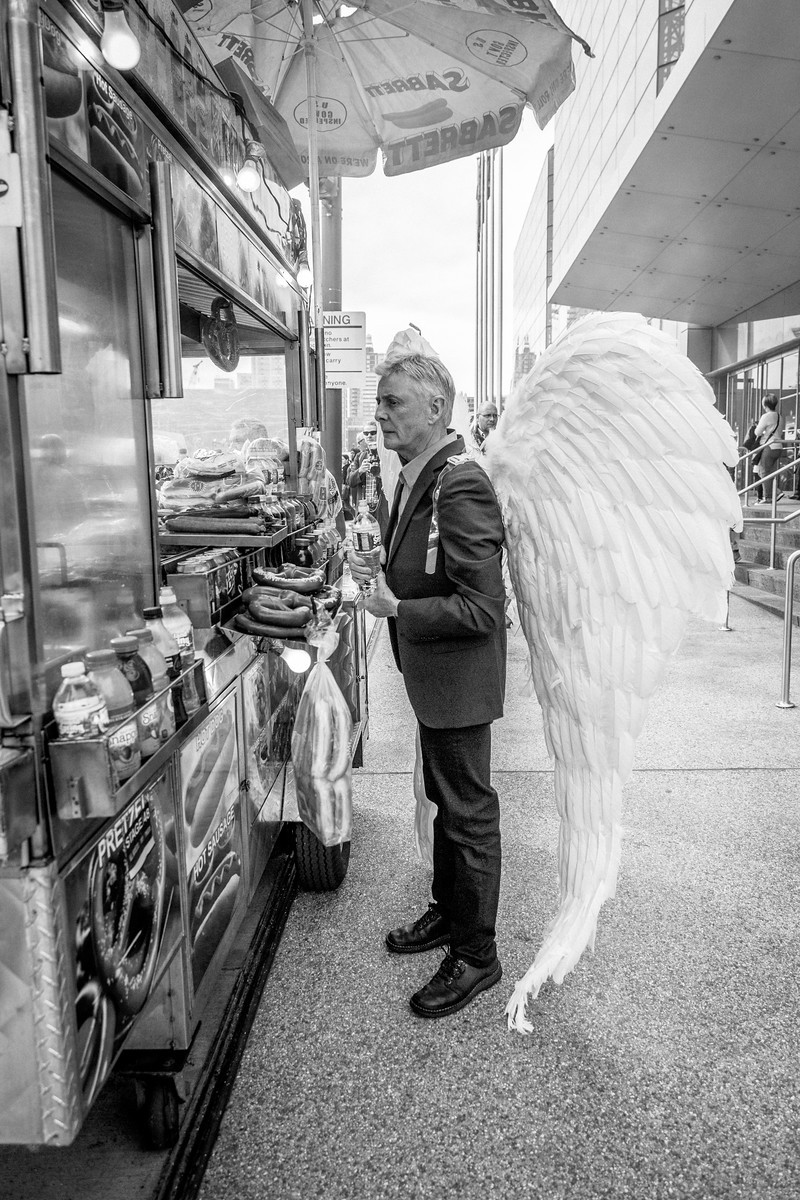 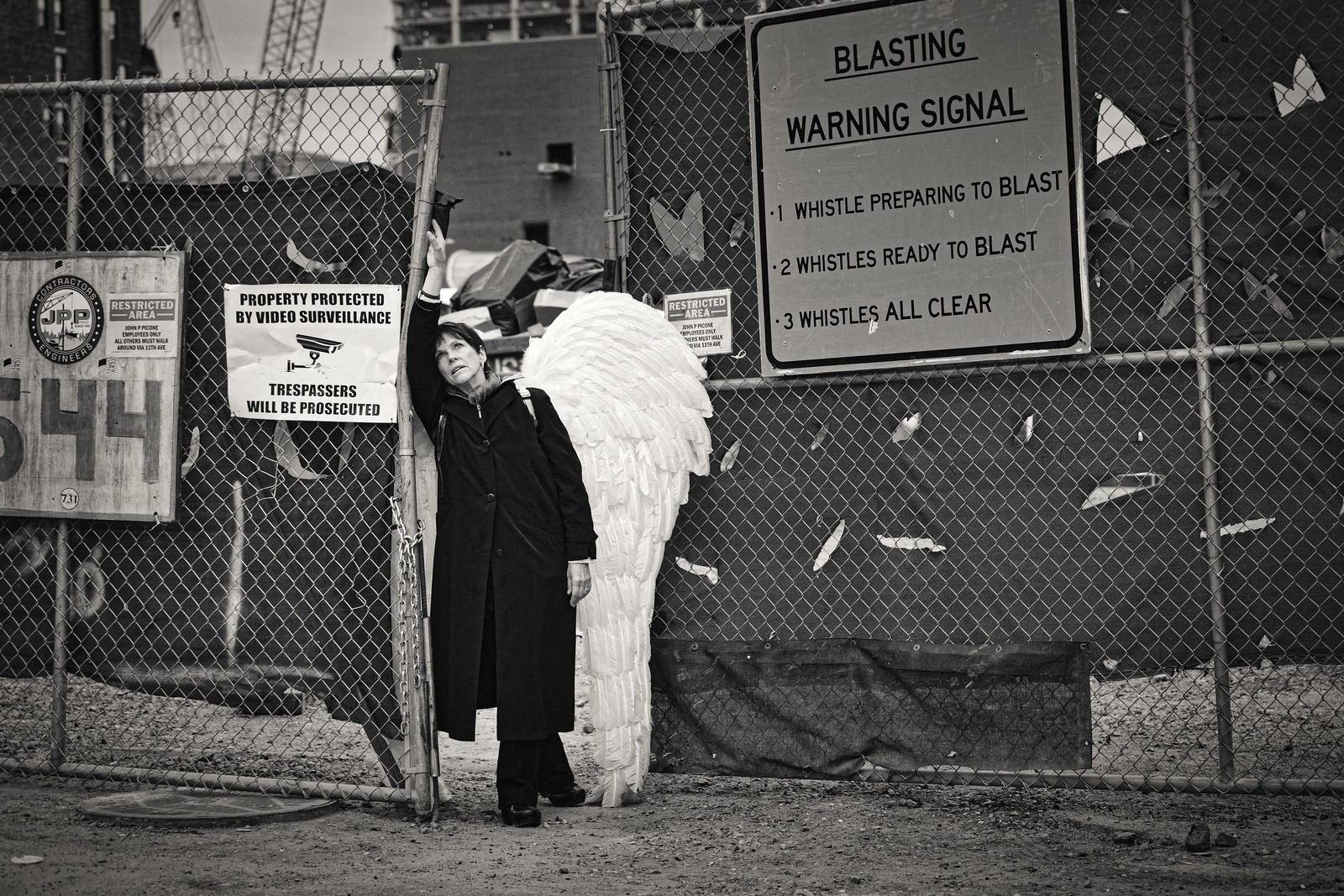 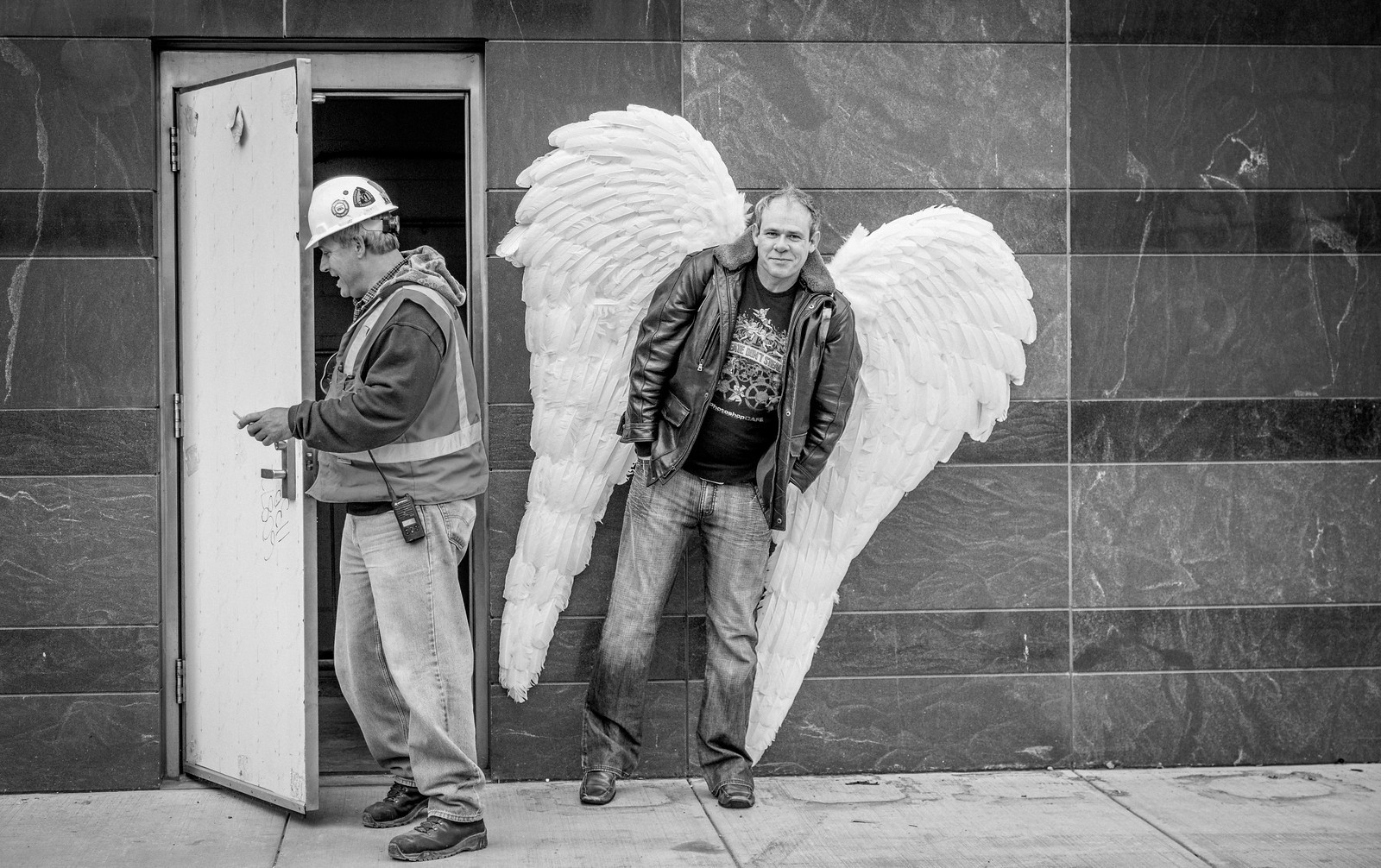 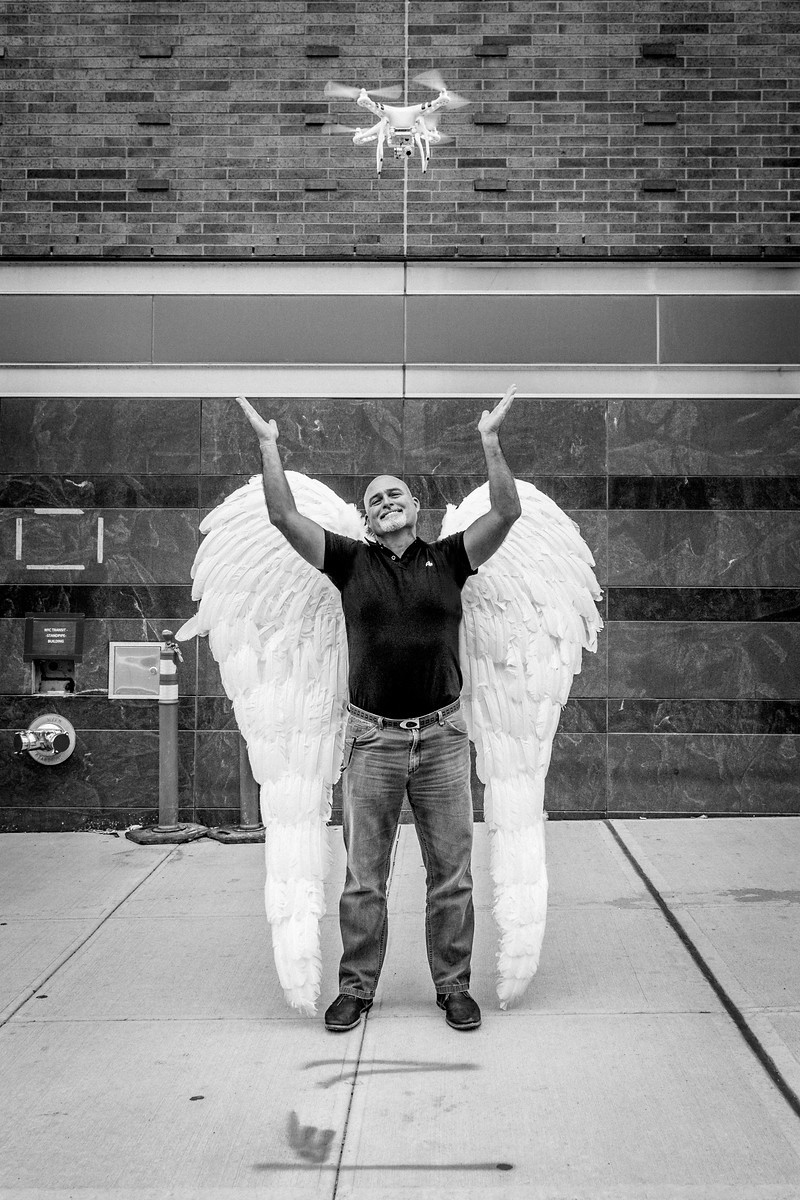 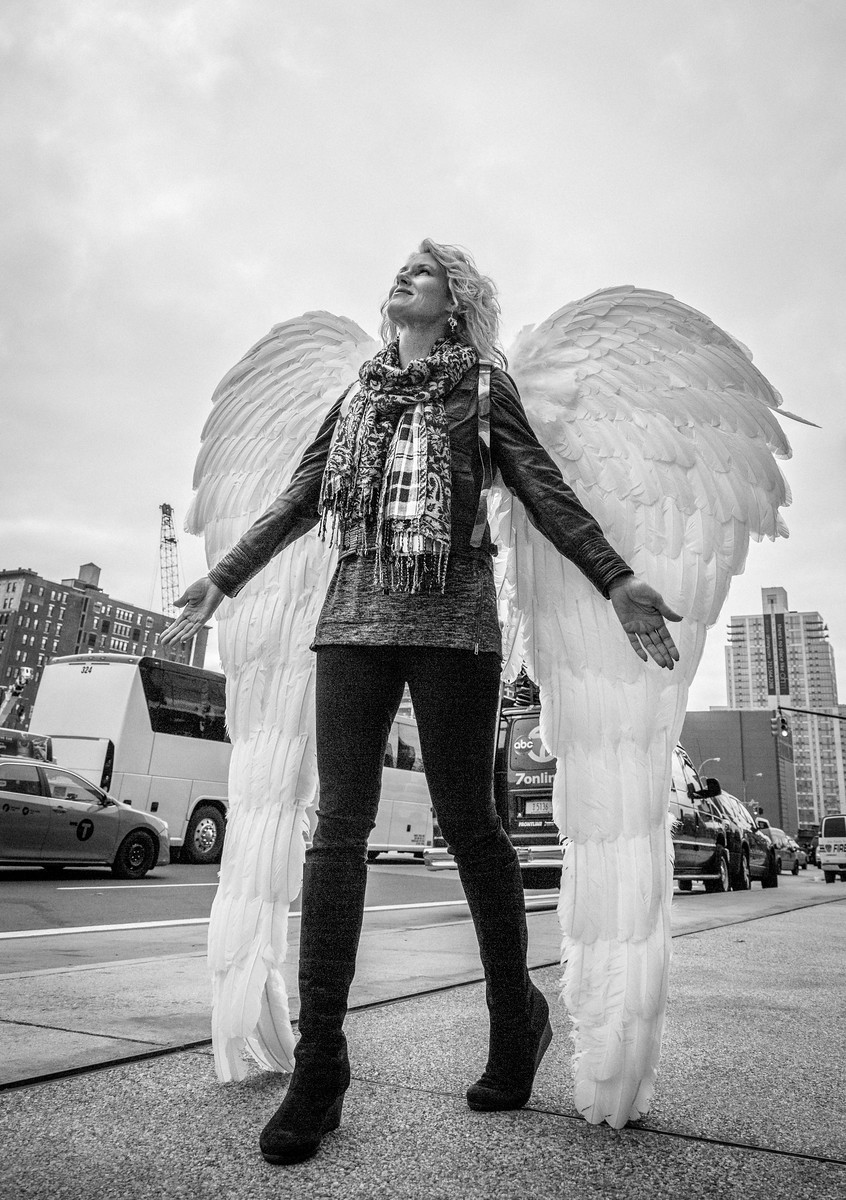 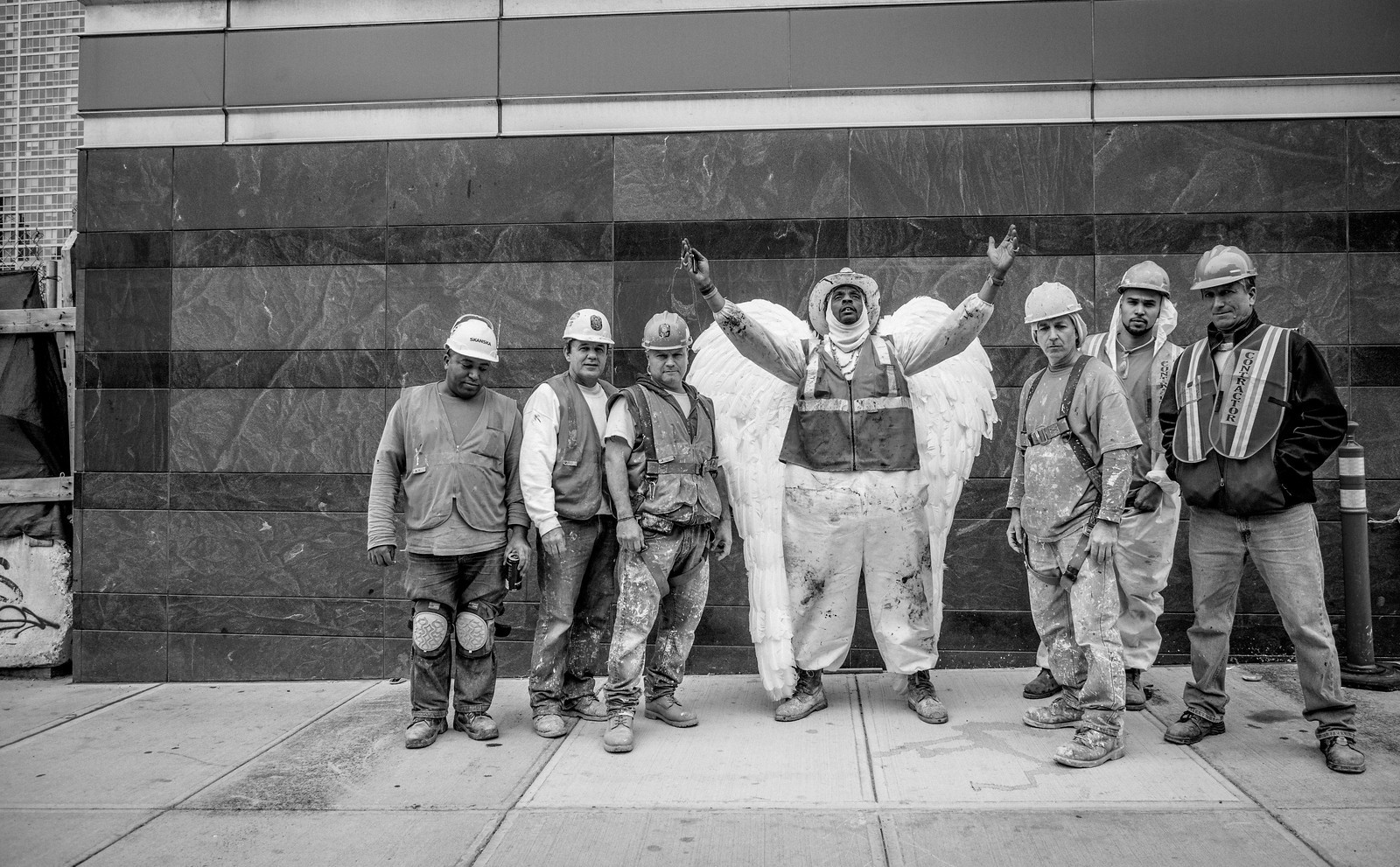 We are each of us angels with only one wing, and we can only fly by embracing one another. ~Luciano De Crescenzo

Check out Laurie’s blog post on the Angels among us project over at the Macphun site and you can see the whole series of Angel photos in this online gallery.

I can’t wait to see the final series of images when Alan is done with his Angels project. I’ll keep you posted on that :-)

Thanks Alan for adding some uniqueness to this year’s Photo Plus Expo!

« Who Owns a Photograph?
Stunning Photographs from National Geographic »