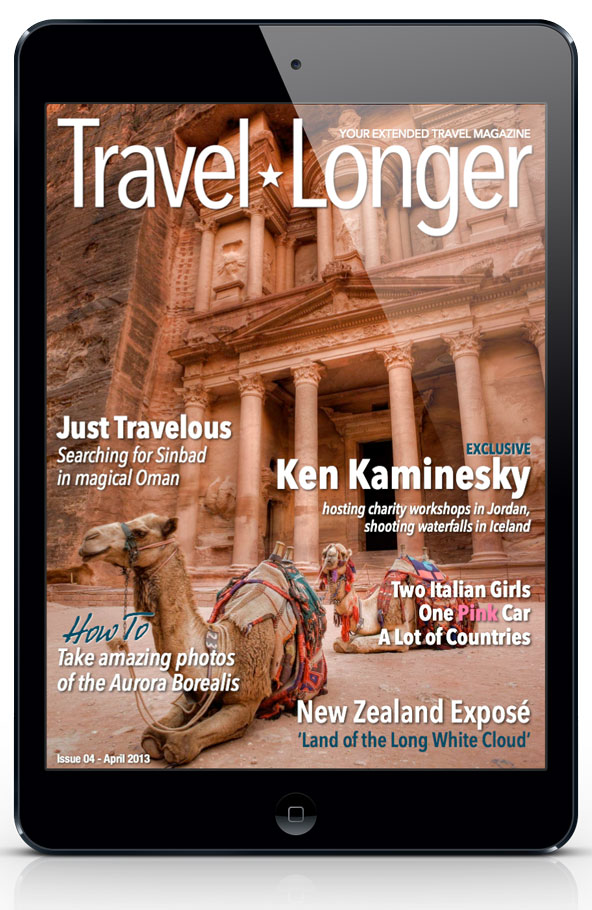 I’m really excited to be the featured photographer in this month’s Travel Longer magazine. I had a great time talking with Billy Taylor about some of my recent travels to Jordan and Iceland and you can both watch the video interview and read it in the current issue of this exciting new iPad publication.

I truly enjoyed seeing last month’s issue that featured the awesome work of long time National Geographic photographer Steve McCurry and was really happy to be asked to have my work featured in the following issue.

Traditional magazines are taking a hit from online publications and things like iPad magazines are an evolutionary step to a future that will be even more web based for newspapers and magazines.

I think that photographers should be especially excited about new magazines like Travel Longer since the way they showcase images is awesome to say the least. The photographs are so crisp and vivid and when seeing them on a Retina screen iPad… Wow!

“One’s destination is never a place, but a new way of seeing things.” 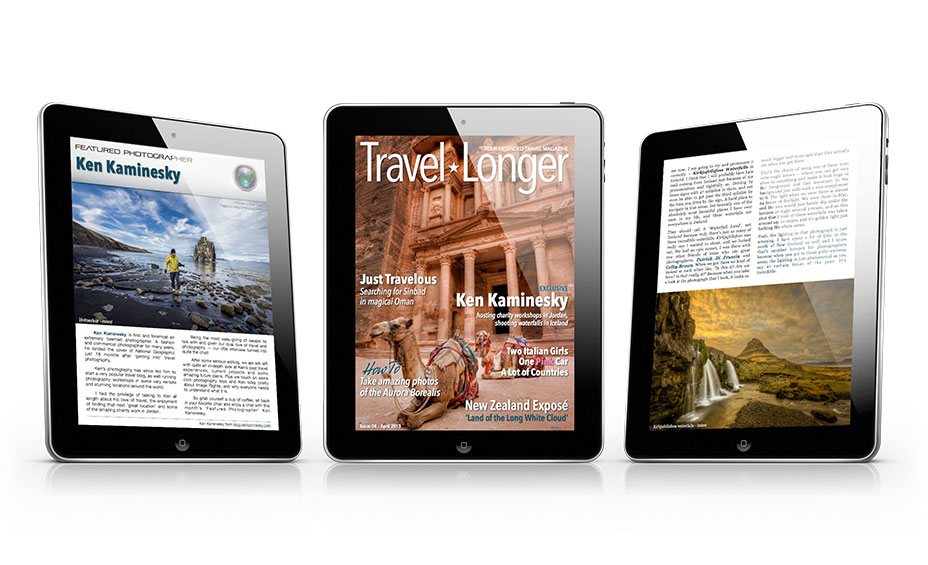 Hard to believe that it’s been almost a year since I was last in Iceland and I can’t wait to be back. I’ll be there both in June and in September to co-lead a couple of photography workshop/tours. Looking back at the initial trip to Iceland last May during the interview was a nice reminder of what an amazingly beautiful place Iceland is. This time I’ll have the privilege to see the amazement on people’s faces as they witness Iceland’s natural beauty for the first time. The whole country is a photographer’s paradise and one of those places that makes me smile just by thinking about it. I’ve got another big grin on my face right now as well  as I write this while sitting in another photographer’s paradise… Tuscany! 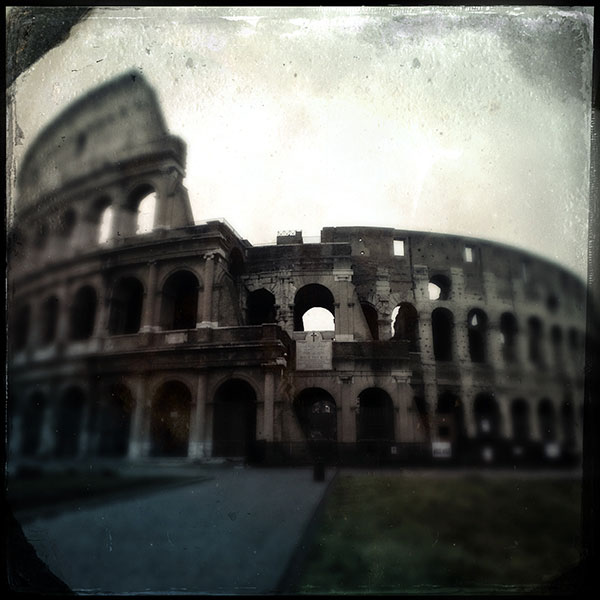 After one quick night in Rome, I’m in the beautiful Tuscan countryside scouting locations for future workshops I’ll be chosting. While Iceland has the raw natural beauty that is unrivalled by any place on earth, Italy has the historic sites, the manicured landscapes, the art, culture, and food. Certainly two of my favourite places on earth. 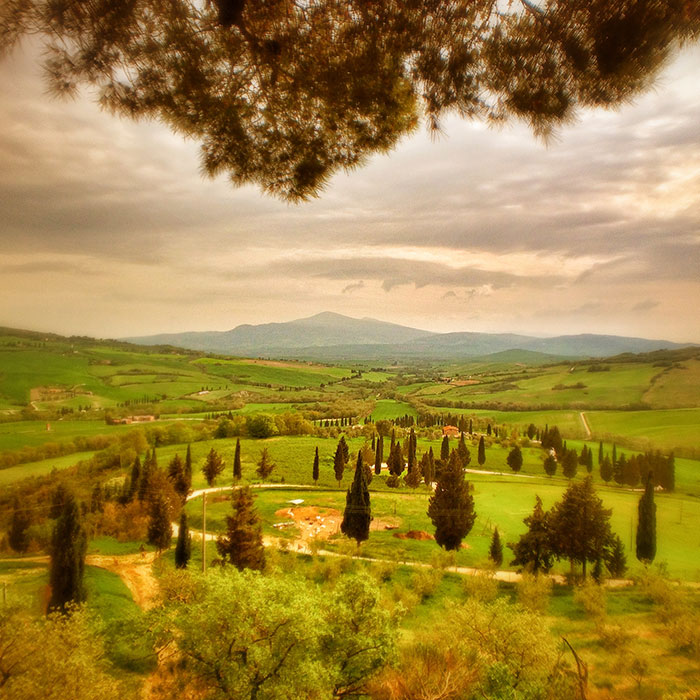 “We travel, some of us forever, to seek other states, other lives, other souls.”

On this trip, I’ll be visiting and photographing Rome, Venice, Cinque Terre, and Tuscany while using some new gear from my friends at Induro tripods, Zeiss Lenses, Fujifilm, and Formatt-Hitech. I’ve done a major upgrade this year in terms of replacing old gear with some new cameras, lenses, and accessories. There is always some new photo equipment on the market to test and try and I can’t think of a better place to do so that here in Italy. 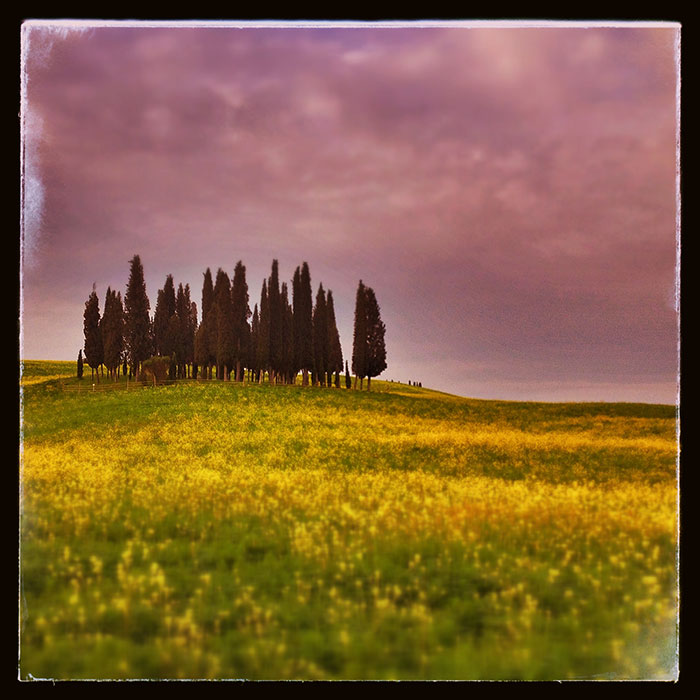 While all I can do for now is share a few iPhone photos from Italy, it should give you an idea of what’s in store for future blog posts and for you if you decide to join me in Italy on my upcoming workshop & tour.

Get a free trial subscription to Travel Longer!

For my readers Travel Longer (published exclusively for iPad on the Apple Newsstand) is offering a 3 month trial subscription for free. Here’s how to get it on your iPad:

To get the three months for free, use the code:  kaminesky (all lower case, no spaces) then…

Head to http://travellonger.com/code  to read how to use the code or just download the app from the Apple App Store: http://bit.ly/Tlapp

Hope you enjoy the magazine!