Don’t be upset by the results you didn’t get with the work you didn’t do.

After I arrive at a destination, like anyone else after a long flight, my motivation to do anything creative has just taken a serious blow. I often have to convince myself that even on a travel day it is worth it to get out there and go shoot something that I may never get the chance to see again.

Hmm, now that I type that and read it back to myself, what the hell am I thinking when I actually need convincing to do something I’ll never regret. I mean seriously, no one looks back on their life and remembers the nights they had plenty of sleep, right? The truth is that no matter how good an idea it is, it still isn’t easy to be exhausted and yet be motivated to be creative. I’m human, I get tired and on long jobs — especially the dull or frustrating ones — it is even harder. By going the extra mile, not only will I feel proud of myself later when I look at the images I captured but I’ll also likely catch a second wind and have a cool moment in my life that I may otherwise have missed.

The image above of the Frank Gehry designed Walt Disney concert hall is a good example of a day that I wasn’t motivated and still took extra time to get out there and shoot something just for myself. I was in Los Angeles for other reasons but always wanted to photograph this building since I’m a huge modern architecture fan and Frank Gehry is one of my all-time favourite architects. I was staying close to the airport and if I had known that I would be stuck on the freeway in rush-hour Los Angeles traffic for close to two hours, I’m not sure that would have done much to bolster my enthusiasm for getting this shot. A perfect example of how ignorance can be bliss.

I’ll be back in Los Angeles again later this year for a talk I will be giving at the Boutique & Lifestyle International Leadership Symposium but there certainly are many places that I will never get the chance to see again in all likeliness. It’s a big world out there with lots to see and so many wonderful things to photograph, so even if I return to a big city like Los Angeles, there is no guarantee I’ll get the chance to get the photo I took this time. I’m always telling myself to take advantage of the situation when I can, you just never know if you’ll get that second chance.

One of the cool things that I get to do even on the less exciting jobs is extend my trips for a few days or even weeks and explore a new part of the world. When that’s not possible, I do try to take advantage of what limited time I have to see something special like the Disney Music Hall. Even getting one good photo is a victory in my books. After all, one photo can change your life. 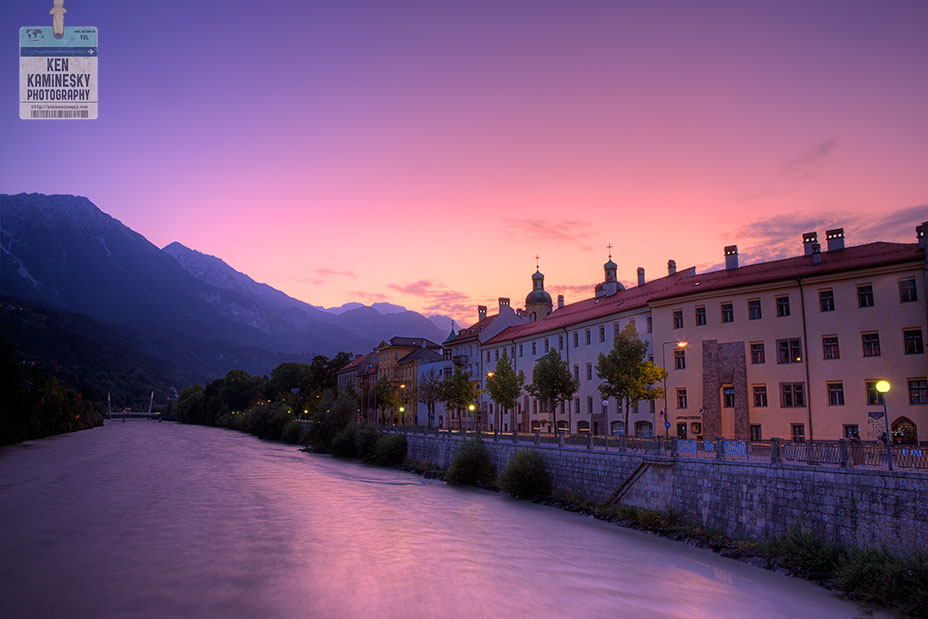 It wasn’t easy getting up at 5 am in Innsbruck after a night out with travel bloggers but it was worth it!

Regret is one of those things that really gets to me. I’ll never understand people who say that they have no regrets and frankly I don’t believe it when I hear it. I have tons of regrets but the key is that I like to think that I learn from my mistakes. By now I should be a genius, I make a dozen mistakes before getting out of bed on a daily basis. One of the regrets I certainly have is that I’ve been in some amazing places and not taken full advantage of the fact that I had the opportunity to go the extra mile by pushing myself to get out and photograph some stuff that is either personal, fun, or just a test.

Take it from me, you’ll never regret going the extra mile to get that next cool travel photo. Chances are you’ll not just have a great new images to be proud of but pushing yourself to see and experience more can lead to some really nice memories and life experiences. These are just a few of the reasons to love photography.

“Do more than is required. What is the distance between someone who achieves their goals consistently and those who spend their lives and careers merely following? The extra mile.”