The Statues of Memento Park - Ghosts of a Totalitarian Past

“A specter is haunting Europe – the specter of communism.” 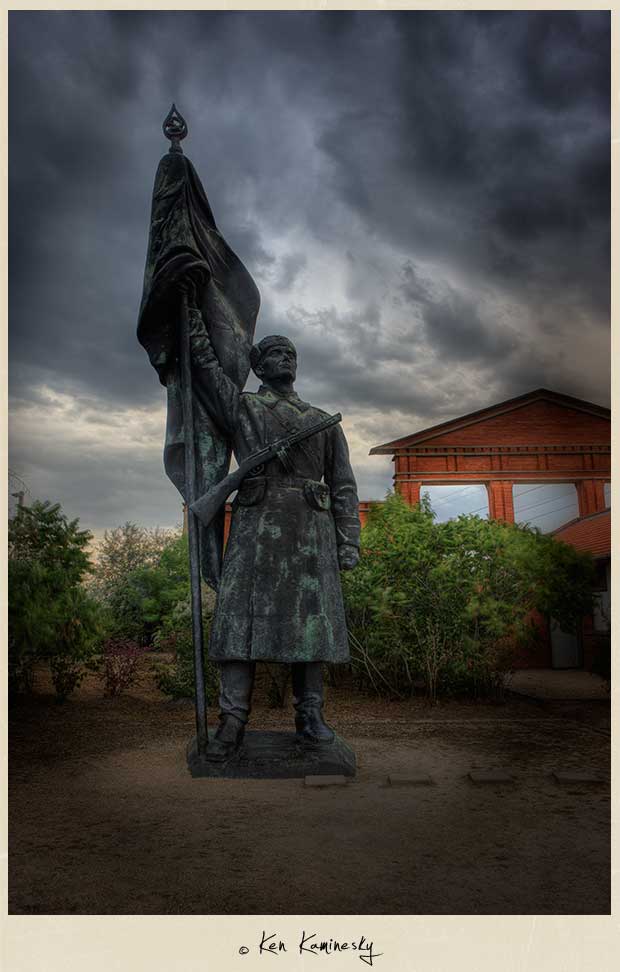 Truth is that it was an ominous type of weather that was hovering over Budapest on the day I went to photograph the old communist statues at Memento Park just outside the city. I almost did not go, but in the end I figured that it was likely the only time I’d get the chance to see such a place, so rain clouds be damned!

I’ve been to a number of big beautiful European cities. Each one has it’s quirks and strange locations, but it’s rare for me to get the opportunity to get out into what I guess you’d call the suburbs and that’s exactly where Memento Park is. Living in North America, I’m used to the suburbs being newer buildings and it’s interesting for me to see the difference in Europe where the building are all so much older, including in the ‘burbs. Half the fun of seeing new locations is all the stuff I see on the way to get to where I’m going. 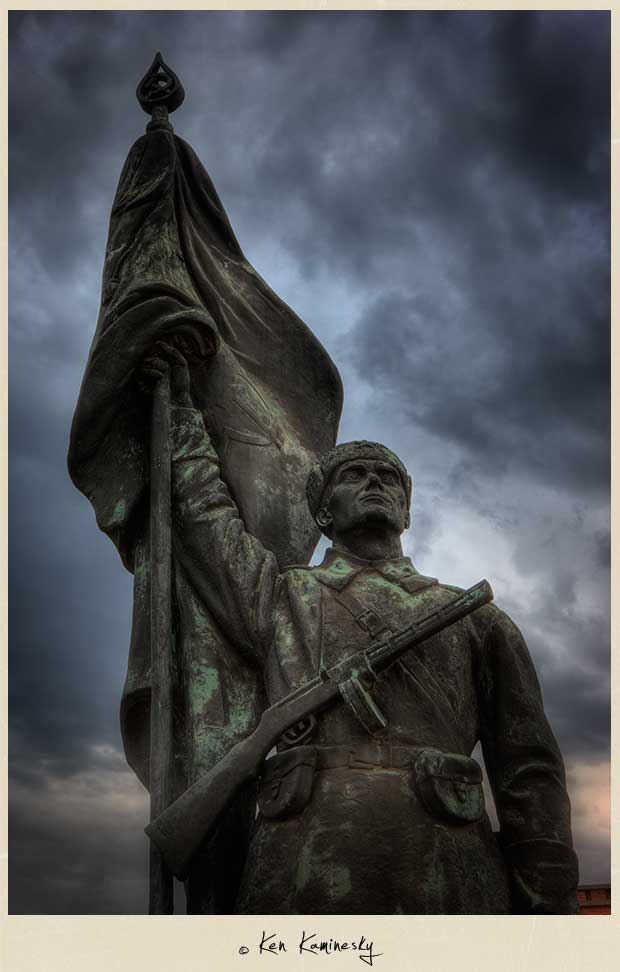 “Tyrants have always some slight shade of virtue; they support the laws before destroying them”

The sky was cloudy an there was that smell of rain in the air. While this may discourage most people from venturing out to a touristy location, it does the opposite for me. I know I’ll get some wicked skies for my photos and since it was near sunset, the light was going to be super soft and flat, just the way I like it. No sooner did I pull out my camera, it started to drizzle. I was totally anticipating a downpour but that never really happened. It did rain, progressively heavier as time slipped by, but I hurried from one statue to the next till I knew I had the shots that I came for. 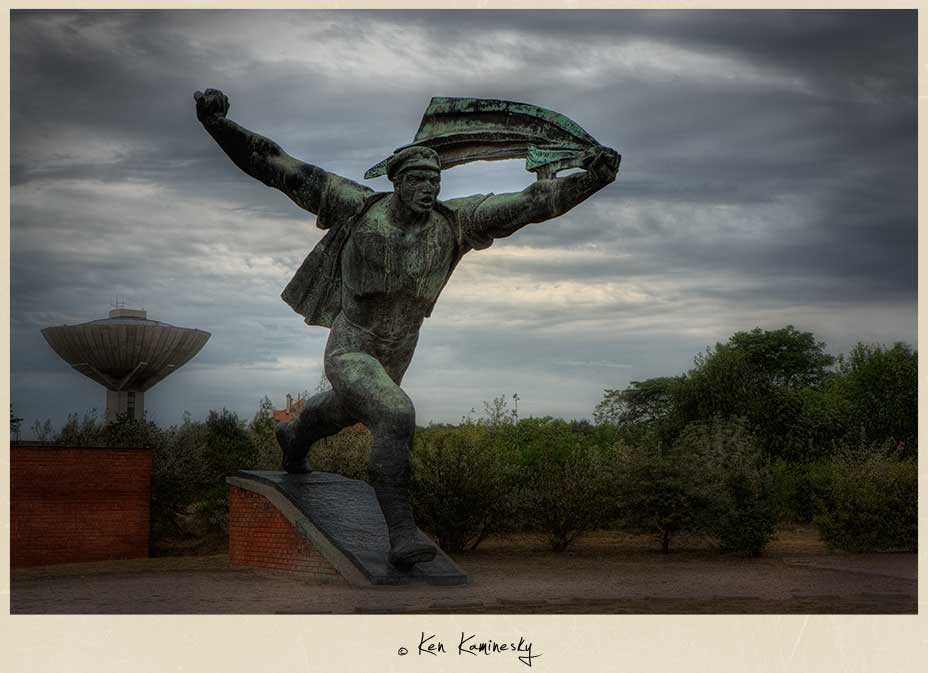 Memento Park was set up after the fall of the communist regime in Hungary, as a place to showcase 42 of the sculptures that were spread around Budapest during the Soviet era. There are statues of Lenin, Engels, and Marx and many other statues that celebrate communism, the workers and other socialist ideals. One year after the Russian troops were kicked out of Hungary in 1991, Memento Park was opened as an outdoor museum.

I find it strange and sad to see that in the west, especially in North America, that some people think it’s cool to wear hammer and sickle emblems or the old CCCP on t-shirts as if it was somehow trendy and chic to glorify communism. I hope that no one gets the impression that I’m doing anything similar here by showing you these sculptures. I think it’s important to remember the horrors of the past, so that we may never do such things ever again. To me the hammer and sickle are more offensive than a swastika since my heritage is Ukrainian. What the communists did in Ukraine and other east block countries, as well as China, North Korea, and Cambodia is so evil that words cannot even express the inhumanity. 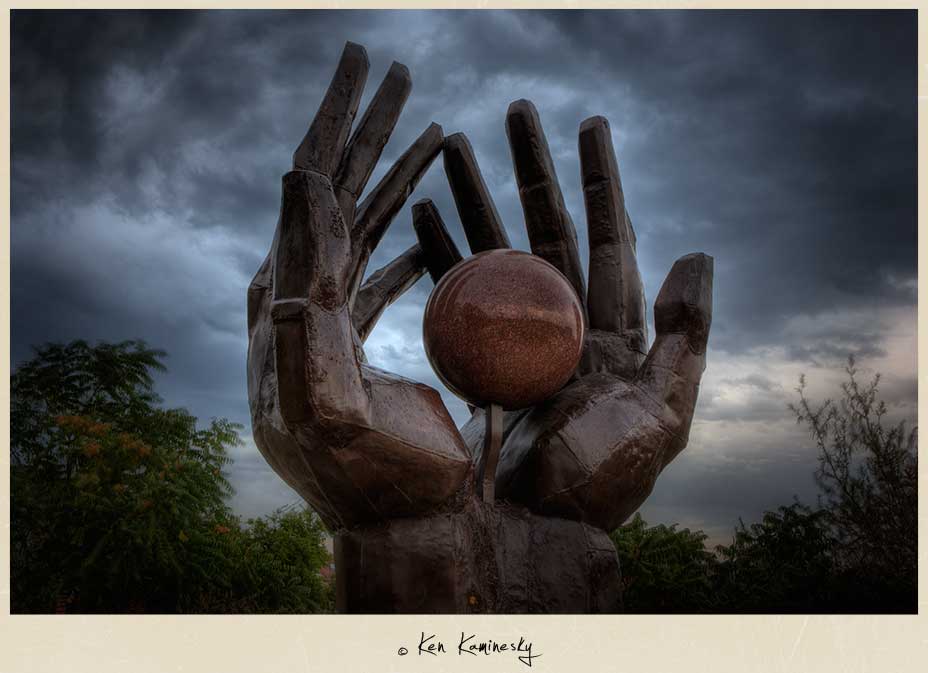 “Most people who read “The Communist Manifesto” probably have no idea that it was written by a couple of young men who had never worked a day in their lives, and who nevertheless spoke boldly in the name of “the workers”.”

It was a weird feeling looking at these totalitarian statues. While there is nothing evil about the art of the pieces, it does represent ideals and concepts that are quite despicable. I can only imagine how menacing the statues must have been when they were on street corners and parks within Budapest. Seeing them altogether in one place was actually more comforting, knowing that they no longer represent any form of menacing power.

“All journeys have secret destinations of which the traveler is unaware.”

One of the things about travel that is important to me is seeing the behind the scenes location, but what about exploring some of the places that I might consider disturbing? I’ve often asked myself if I could (or would) visit a place like Auschwitz or the Killing Fields and for the longest time I said no, that was not something that I wanted to do. My goal is to photograph the beauty of the world and share it with as many people as possible. Now, as I sit here writing this, I think it is my responsibility to see places like this when I have the chance, even if just for personal reasons. It gives perspective on some of the amazing locations in the world, to know that so much art and  architecture that I love was only made possible by tyrannical political and religious regimes. 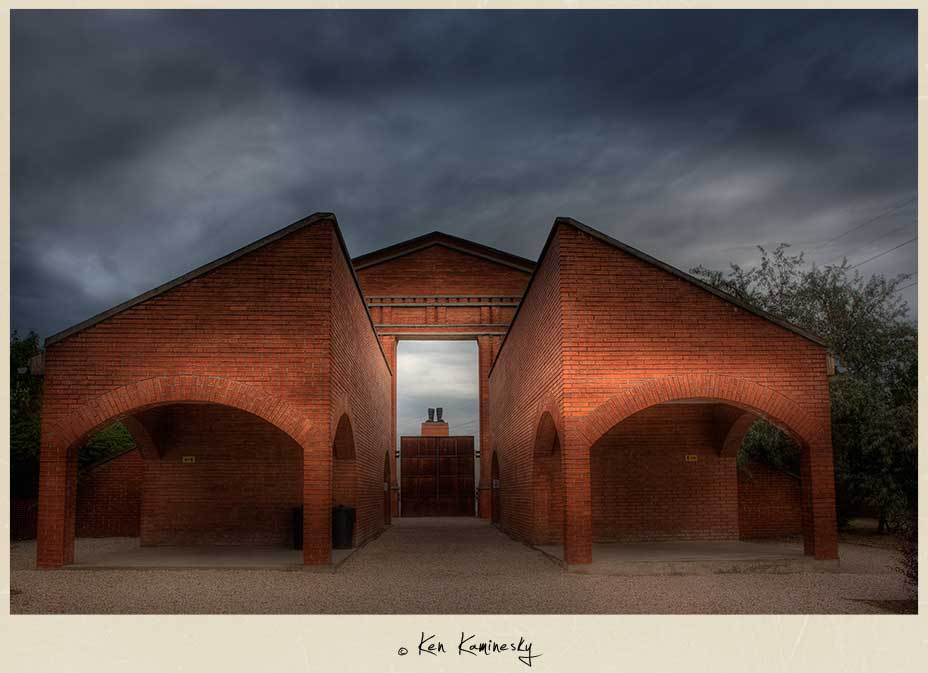 “Those who cannot remember the past are condemned to repeat it.”

In this last photo you see a tribute to the Stalin Monument that was made as a gift to the  despotic ruler in 1949. The statue was torn down in 1956 during Hungary’s October Revolution, by a hundred thousand Hungarian revolutionaries who were protesting in the streets. They demolished the Stalin statue, leaving only his boots, in which they planted a Hungarian flag . The bronze monument (when it was intact) stood eight metres tall and the sides of the tribune were decorated with relief sculptures depicting the Hungarian people welcoming their leader.

The site where the former Stalin Monument used to sit is now occupied by the “Monument of the 1956 Revolution”. It was completed in 2006 for the 50th anniversary of the historic event.

Is it worth it to go out of your way to visit Memento Park if you’re visiting Budapest? Probably not, especially if your time is limited. For me, it was an interesting experience and gave me reason to reflect on how fortunate I was to be born in the west during the cold war. When I was a child, many of my friends’ parents and grandparents lived under the oppression of communist regimes in Ukraine. While I don’t recall them talking about it too much, I do remember that when the topic came up, an austere and grim look would wash over their faces.

I’m looking forward to a lighter subject matter to cover in my next post.