At the Munich Airport - Saying goodbye 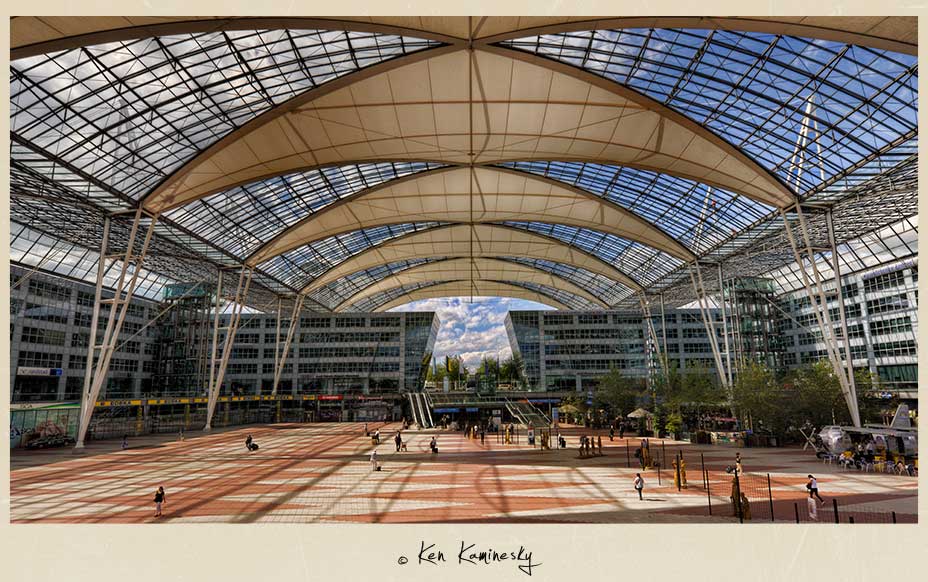 Since I’m back in the air tomorrow, I thought it to be fitting to share some photos of the cool modern architecture of the Munich airport. As I prepared to say goodbye to Europe last September I had a couple of hours to kill at the airport. While it’s hard to get these type of images without the tripod that was already packed in my checked luggage, I managed to use my F-Stop camera backpack as a steady surface to balance the camera on.

Speaking of F-Stop, the first trip of 2012 is to visit the crew over at the F-Stop head office in St. Louis. I’m really thrilled to be a part of the F-Stop Staff Pro team and looking forward to discussing some cool plans that F-Stop has for their sponsored photographers. In 2012 I’ll be working together with them to add new members to the team. F-Stop is well known for the great camera backpacks they make which are perfect for adventure and sports photographers. For me it was a no brainer to work with them to help promote the gear to some new markets including travel, fashion, commercial and wedding photographers. I’ll have some fun plans to share once I get back from my visit. 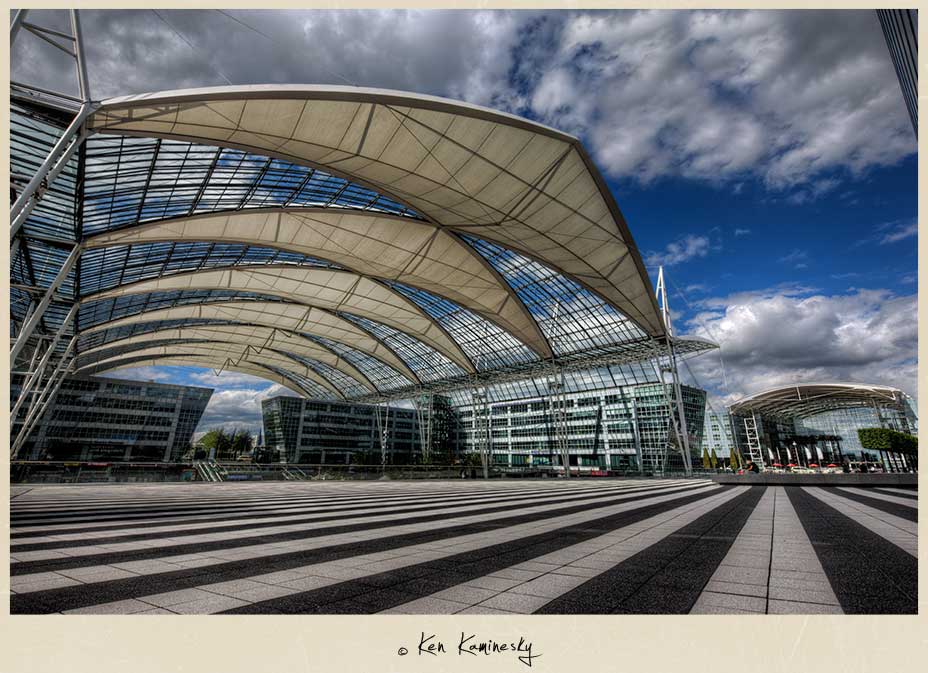 “Saying goodbye doesn’t mean anything. It’s the time we spent together that matters, not how we left it.”

It’s never fun to say goodbye to a place or places that have been full of wonderful experiences, amazing sights and kind people. It’s for that reason that I’m not always a fan of airports. I tend to get a bit melancholy when looking back at the trip that I just undertook. This one in particular had brought me to Innsbruck, Vienna, Salzburg, Budapest and finally Munich. Like most of my trips, it was a whirlwind of activity, photography, meetings and making new friends. This time, instead of feeling down because I was leaving, I felt quite content that I had seen all that I possible could and I knew that in my bag I had some amazing photographic proof of the the kick ass stuff that I was able to see in the last three weeks. 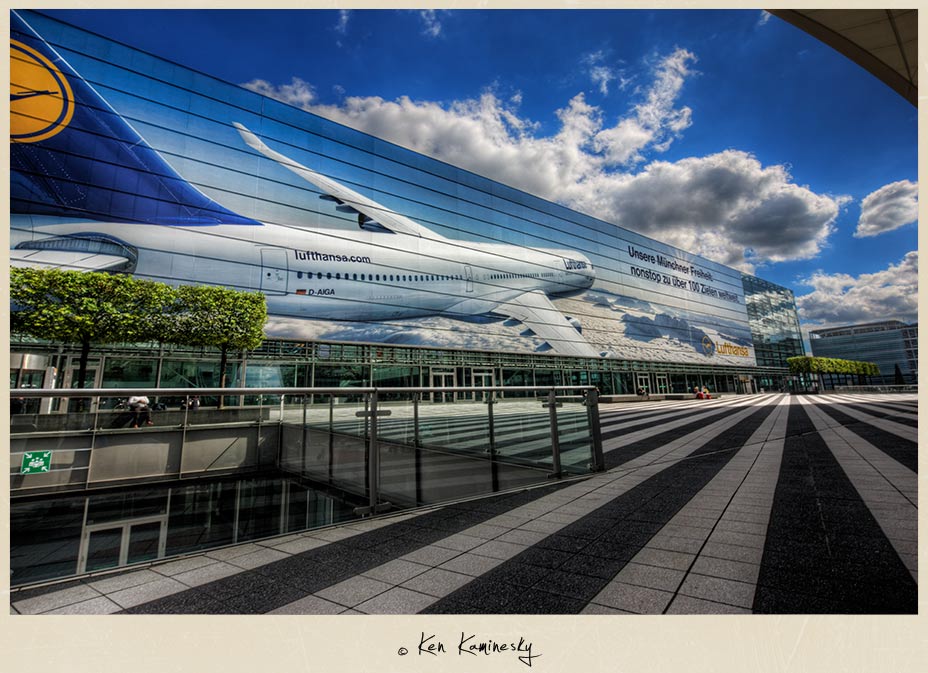 As you can see from the photos, the weather was near perfect on my departure day. This of course added to my good mood as did the best airport meal I ever had. After taking these photos at the airport, I went in search of somewhere to get a quick meal. I was at the point that if I saw another plate of sausage and potatoes I would scream. Three weeks of pork & potato dishes was enough to last me a lifetime. Sorry Germany and Austria, while I loved your sights and people. I’d much rather be in France or Italy when it comes to the food.

I ended up at the Mangostin Airport restaurant, had the Kao Soi (Stir-fried thai noodle with chicken served in curry coconut milk sauce) and it was to die for. Just enough spice to let you know it’s there and cause a few sweat drops to bead up on my forehead…Perfect! I was expecting a place with plastic trays and utensils, not the plush decor of a fancy restaurant. I ate to my heart’s content and was wearing a big grin as I departed to my boarding gate. 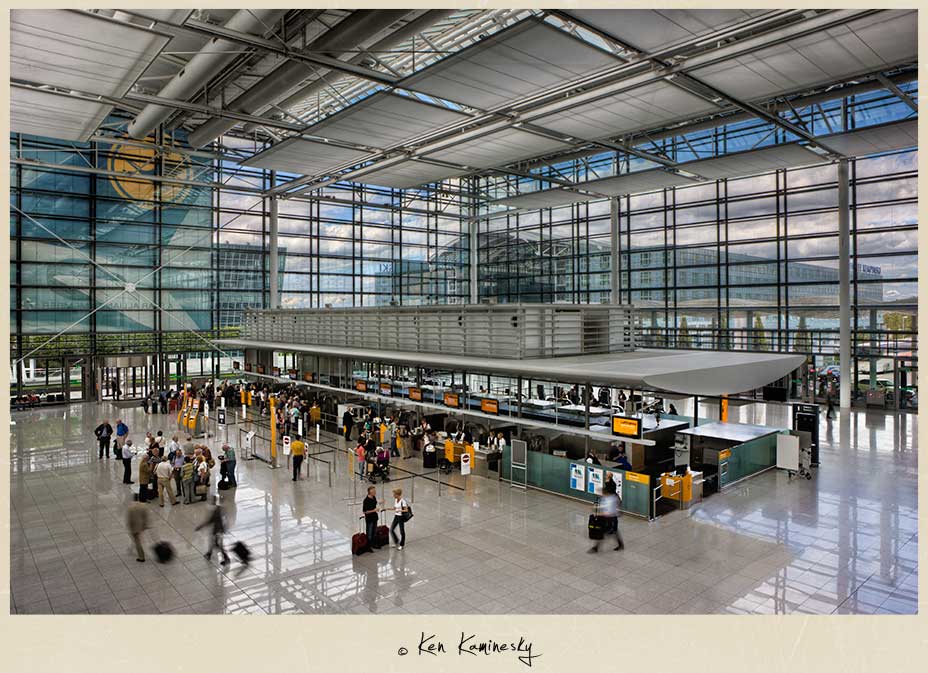 “On the road again –

Just can’t wait to get on the road again.”

I’ll be back next week with a new post, just before I head to Toronto to attend the next Travel Massive at the Google offices.

Have a great week, I know I will. After all, I’m on the road again! :D

« Inside the Magnificent Hungarian Parliament Building in Budapest
My Marketing Adventure part 4: Implementing the Website Edit »