The Dead Sea and the New 7 Wonders of Nature controversy 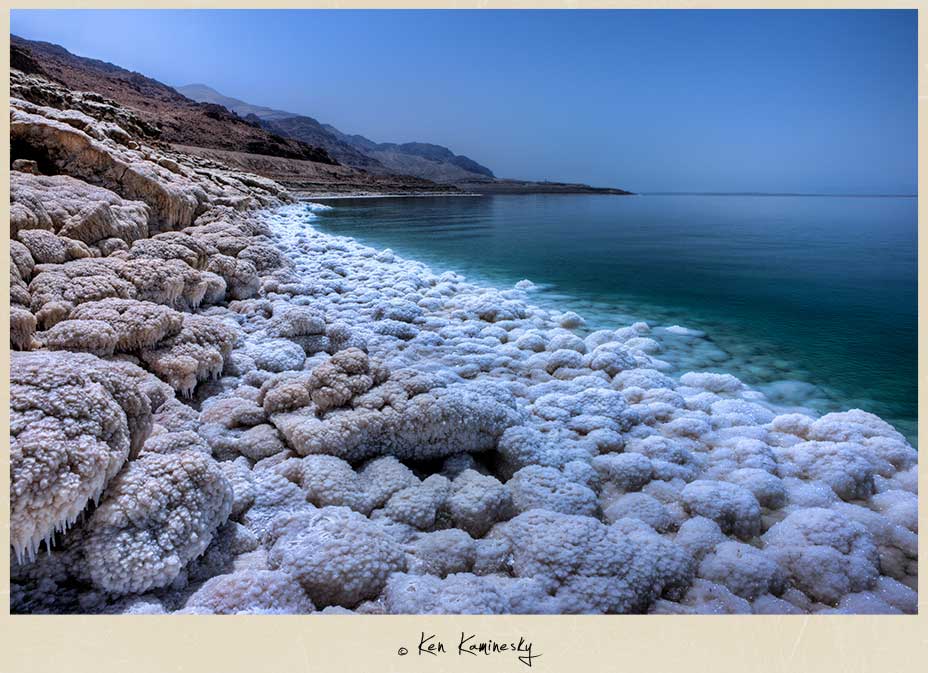 A true Wonder of Nature

No matter what anyone says, the Dead Sea is, and always has been a true wonder of nature. In the very short time I spent there, I was amazed at the sense of tranquility I felt. Perhaps it was the amazing sensation of floating in the water. No matter how hard you try to sink, it is just not possible! How utterly unique, how incredibly peaceful it is to just float there and feel like all the troubles of the world are being washed away, if even for a brief time. Perhaps it is the fact that the Dead Sea is at the lowest point on earth at 423 metres (1,388 ft) below sea level. Or is it that the oxygen levels are much higher in the area due to the high barometric pressure?

Whatever the reason or reasons, I was moved. I can see why for centuries the Dead Sea has been a health retreat, spa area, and the provider of some incredible health and beauty products. 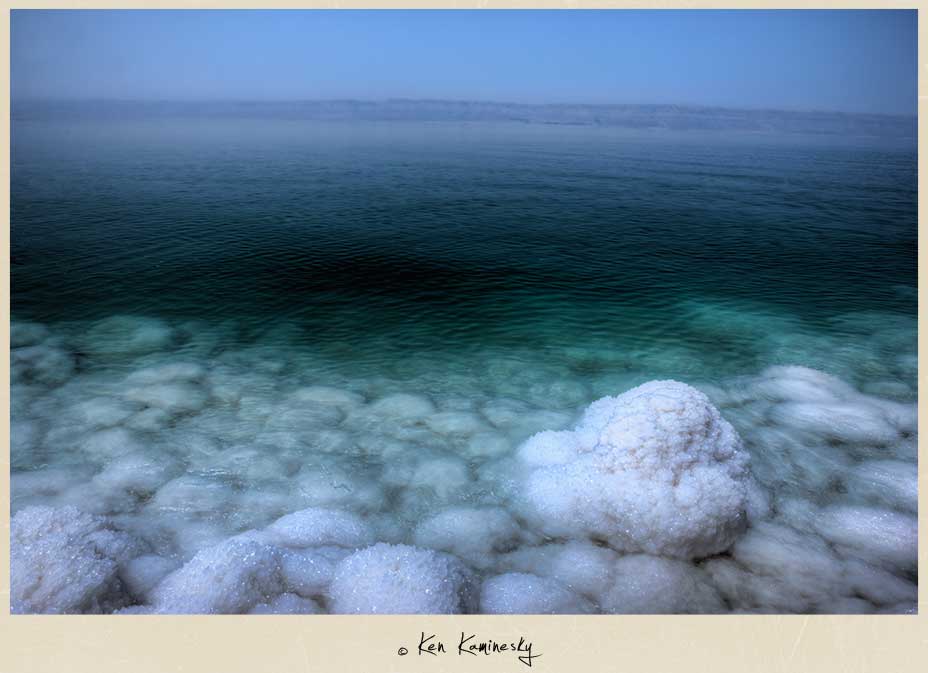 Wondering about the 7 Wonders

I’m sure that you’re asking yourselves, controversy? What controversy? So was I when I first read about this after A fellow travel blogger brought the matter to my attention.  Michael Hodson (who I had the pleasure of meeting in Jordan) wrote about the New 7 Wonders racket and the alleged shakedown of certain countries who had locations in the running.

The New 7 Natural Wonders idea sounds like a romantic good way to help showcase some of the world’s most naturally beautiful or incredible places. It sure sounds good in principle, until you see exactly how the competition was run. One of the first questions that should be answered is who was organizing this? Does the New 7 Wonders foundation have any credibility? There is precious little information on their website about  who they are, other than the founder. I’d like to know who legitimized this organization to be the authority on the subject of who should be nominated for such a prestigious sounding honour. Even Cape Town’e former mayor Gordon Oliver has been quoted as saying: “What authority does this organisation have to determine a natural wonder as a finalist? It’s important that our authorities get the credentials of such organisations who set themselves up as the authority to decide the prominence of natural features.” 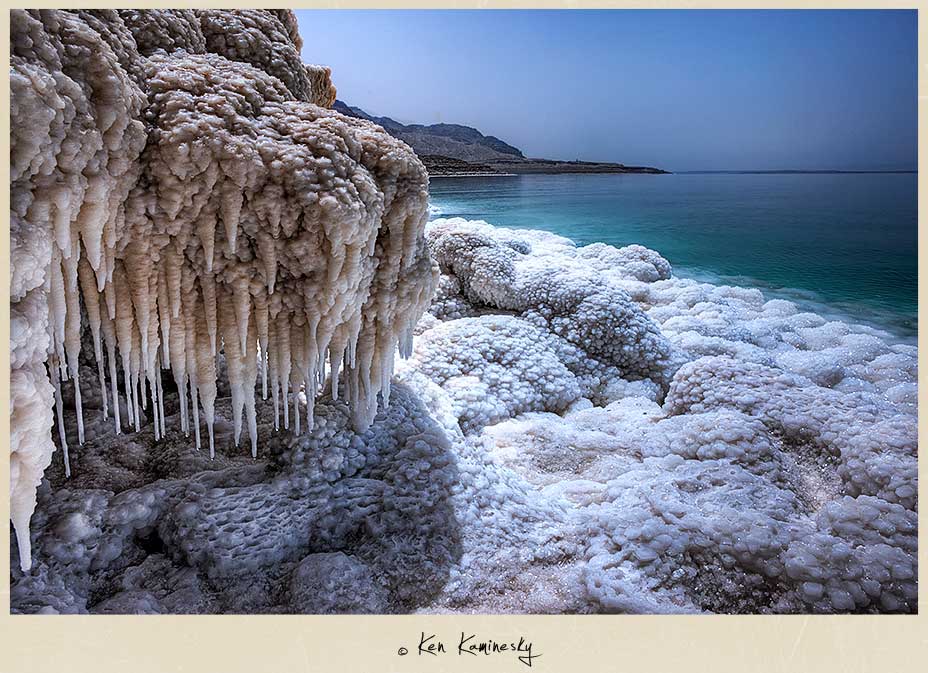 According to the Guardian newspaper in London, the New 7 Wonders Foundation requested from Indonesia, fees of ten million dollars for licensing and thirty five million dollars for hosting the closing ceremonies. The Guardian also goes on to mention that the Maldives were threatening to withdraw from the competition after getting a request for a half million dollars in unmentioned fees. That’s a pretty hefty price hike from the initial $199.00 fee to participate.

According to the Jakarta Globe the Indonesian government was considering suing the New 7 Wonders Foundation after they attempted to ‘force’ Indonesia to host the announcement of the New7Wonders.”

We have to keep in mind that this competition has gained world wide legitimacy (for no good reason) and could potentially mean millions of dollars to the 7 winners in the form of tourism revenue. The issue I have is with the foundation and it’s lack of transparency. Without divulging the number of votes, it is difficult for me to accept the final results. To be honest, I have never understood the idea of lists like this and the importance people seem to put on them. Amazing places are amazing places and the idea of what is amazing is totally subjective. I’ve been to only a few of the 28 selections from which the the final 7 were chosen and I’m totally biased in favour of those places that I have seen. That is normal and I would expect that people from Jordan would vote for the Dead Sea and that people from the other countries that had nominated locations would vote for those places. This is the least democratic or scientific way of selecting a “World Wonder”. Isn’t this why we have UNESCO World Heritage Sites?

Having a competition like this that allows multiple votes by a single individual has all the legitimacy of American Idol in my opinion.

Voting could be done for free online or by sms, and there were absolutely no restrictions on how many times a person could vote. Seems a bit shady to me. Even though the New 7 Wonders Foundation tries to imply that they are sanctioned by the United Nations, the United Nations would beg to differ it would seem.

From the New 7 Wonders site:

“The United Nations Office for Partnerships and the New7Wonders Foundation share common goals and visions, aiming to engage civil society in finding creative solutions to the UN’s Millennium Development Goals.

The UN Office for Partnerships serves as a gateway for partnership opportunities with the United Nations family. It promotes new collaborations and alliances with foundations, corporations and civil society in furtherance of the Millennium Development Goals and provides support to new initiatives of the UN Secretary-General.

The New7Wonders campaigns aim to contribute to the process of uplifting the well-being and mutual respect of citizens around the world, through encouraging interaction, expression of opinion and direct participation by voting and polling on popular themes and global issues which are understandable to everyone.”

“There is no comparison between Mr Weber’s mediatised campaign and the scientific and educational work resulting from the inscription of sites on UNESCO’s World Heritage List*. The list of the “7 New Wonders of the World” will be the result of a private undertaking, reflecting only the opinions of those with access to the internet and not the entire world.  This initiative cannot, in any significant and sustainable manner, contribute to the preservation of  sites elected by this public.”

Let’s take a look at who the final seven winners are and who missed the boat. You decide for yourself if this list makes any sense at all.

And the Winners are

Close, but no cigar list
I’m not one to deny that any of the winners are worthy of being honoured, but to not have the Dead Sea, Grand Canyon, and the Great Barrier Reef included in the top seven is unfathomable. I think that the 2 lists above speak for themselves and show how unrealistic it is to try to choose 7 places that are the true 7 Natural Wonders of the world. There was no legitimacy to the selection process and no transparency to the tallying of votes.Read more about the whole fiasco:

Komodo may be off 7Wonders list after RI nixes payment

Maldives withdraws from New7Wonders campaign after surprise US$500,000 bill

Competition for seven wonders of natural world runs into trouble

And the seven natural wonders of the world are…

Take a look at this video for more examples of why this whole competition was a joke and a money making scheme for the owners of the shady New 7 Wonders Foundation. 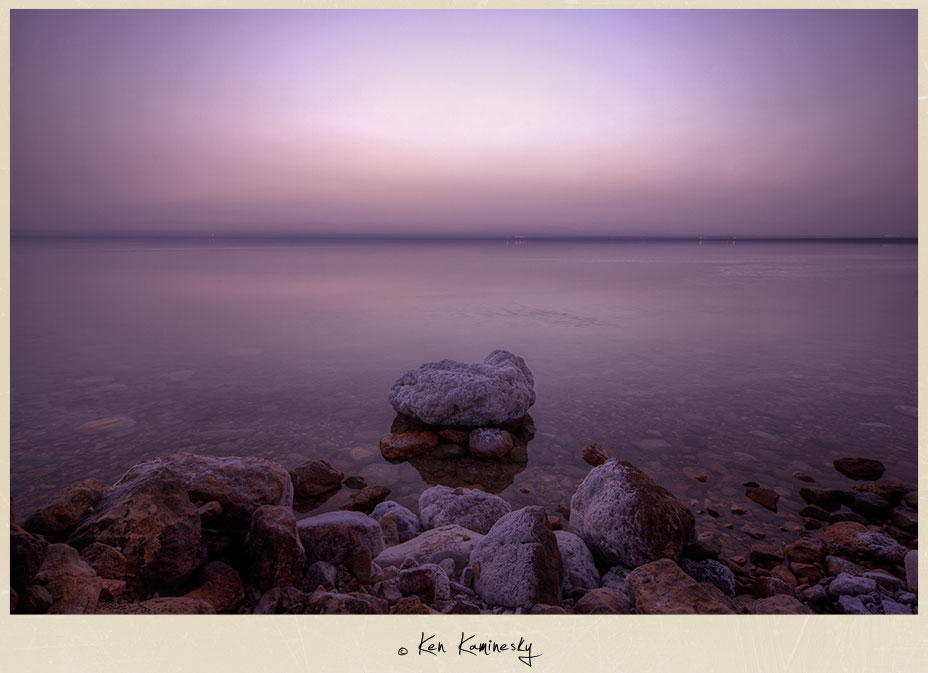 There is no need to label the Dead Sea as a ‘World Wonder’ in my opinion. Ask anyone who has been fortunate enough to visit this magical place, and they will tell you a story or two about how it affected them in a positive way. Every time I think about my experiences at the Dead Sea, a smile creeps onto my face, as I begin to day dream of returning there one day for an extended stay. The sights, smells, and sounds or lack thereof, all add up to making the Dead Sea a truly memorable place.

As I was taking these last photos at dusk, a spectacular hazy magenta light drifted over the the surface of the water. I knew I had just a brief moment to capture a few images before I’d lose this magic illumination, so I decided to stay in this one area with the salt covered rocks. On the opposite side of the great salt lake you could just barely see the glimmering lights in Palestine as they twinkled on and off. I was alone with my thoughts, my thoughts and a whole bunch of what I assumed were mosquitoes. Even here at the shores of the Dead Sea, where no animals can live due to the inhospitable nature of the salty environment, these little bloodsuckers seem to have found me once again. It was a small price to pay to have such an awe inspiring place to myself. Feeling like I could have just walked back in time 2000 years, I took a moment to contemplate the history of the ground I was standing on.

There are certain magical moments that I experience when I travel and Jordan had it’s fair share of those. The Dead Sea was special to me and stood out as the highlight of my trip. For some undefinable reason, I felt at peace here, a deep peace that eludes me here in at home in Montreal. While I’ve been to some extraordinarily beautiful natural settings in Europe, North America, and Australia, the Dead Sea will forever be a unique memory for me. If you ever do have the opportunity to visit the Dead Sea, I suggest that you make an effort to go to the water both at dawn and dusk. Floating in the Dead Sea at sunrise with not a soul in sight was one of the most serene moments in my life and capturing these images as the sun set was another high point of my trip to Jordan.

Forget about the labels, the lists, the competitions. Visit a place because it moves you to visit it, because you’re captivated by the magic and drawn to it  for its natural beauty or historic significance. If you want to know more about a place that you’re curious about, read about it, ask people who have already been to that place and trust them over some phone in competition and a worthless and baseless top 7 list. If in doubt, ask a travel blogger who you trust, especially if they have visited a place that you have questions about. Believe me, they are a friendly bunch who LOVE to talk about travel, this is their passion (and mine). If they don’t know about a place, they will likely have a friend who also writes a travel blog that they can point you to.  Personally, I can tell you that the Dead Sea will always be on my list of natural wonders and I can’t recommend it enough.

Travel for the sake of discovery and make your own lists. Those are the ones that count in life.

“Travel is more than the seeing of sights; it is a change that goes on, deep and permanent, in the ideas of living.”

My gratitude to the team at Royal Jordanian for getting me to Jordan in style!

Flying Crown Class is a little slice of heaven… Thanks RJ!

« Mozart, Chocolate, and the Salzburger Dom Cathedral
Wreaths Across America at Arlington Cemetery »