The Glimmering Sights along the banks of the Danube in Budapest 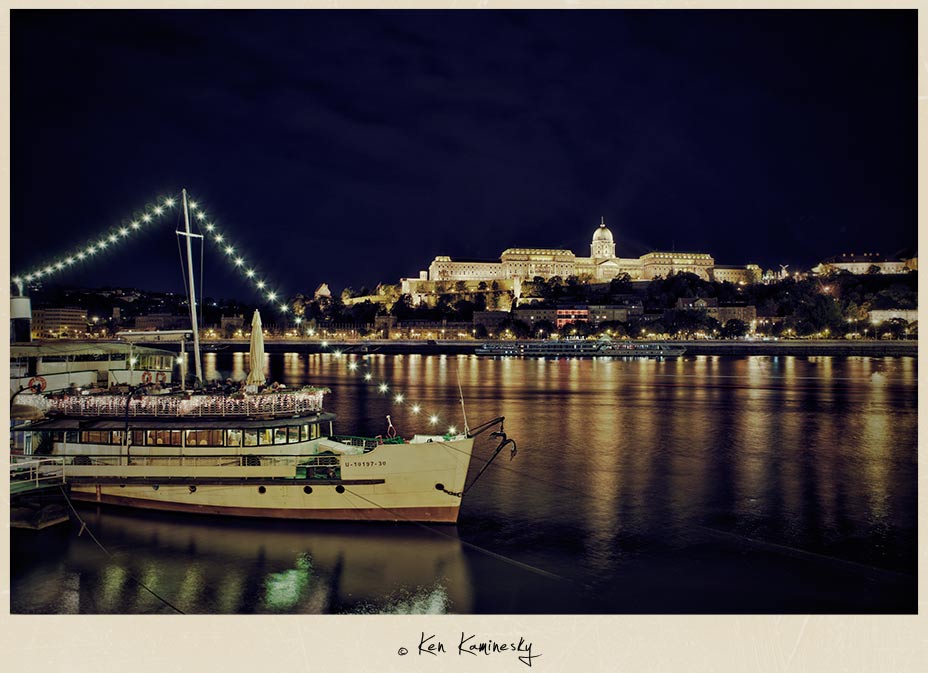 Illuminated Buda Castle on the Danube

Ahhh Budapest, what a town, what a CITY!

Perhaps it was a good thing that the worst thing to happen to me in this beautiful city, happened as soon as I arrived. I was thrilled to be in my first former east bloc country in Europe and after a very pleasant train ride I was in the best of moods.

That in itself should have been warning enough that Murphy’s law would soon come into effect. As problems go, this was really not that big and in the end I was more upset at myself for being naive than I was at the person who took advantage of me.

Getting off the train I was approached by a man asking me if I wanted a taxi. Now I should know better than this, I should have just walked to the taxi stand at the front of the station like everyone else, but for some reason the red flag that SHOULD have gone off in my head, never did. 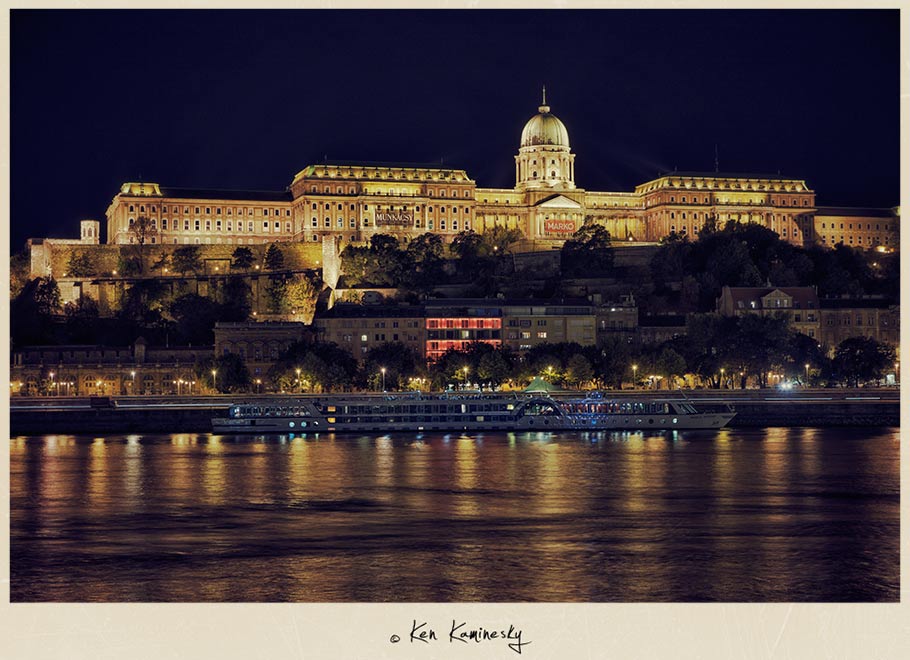 Mea Culpa or I’m an Idiot

What was I thinking? I’ve been to many countries where you get accosted at the airport by people trying to take your bags to their taxi. That’s never a good idea as they are usually looking for tourists who have no clue about how things work. For some reason I let this guy take my bag and he proceeded to rush off ahead of me. I kept up and when we got to his taxi, it all seemed legit. This was Budapest, not the third world, so my guard was not up and when travelling, it always should be.

Here’s why I’m a dumb ass. I knew that Hungary was in the EU, so I just assumed that the Euro was accepted there. My bad! So the cab driver would not accept Euros and I had to stop at a bank to get some Hungarian Forints. I felt very uncomfortable leaving a bag in the taxi as I was getting money from the bank machine, but I did get the license plate of the car and an iPhone photo of the driver. The cab was just a few metres away, but I still had a uneasy feeling about being separated from my bag. My camera gear and laptop stay with me at all times. 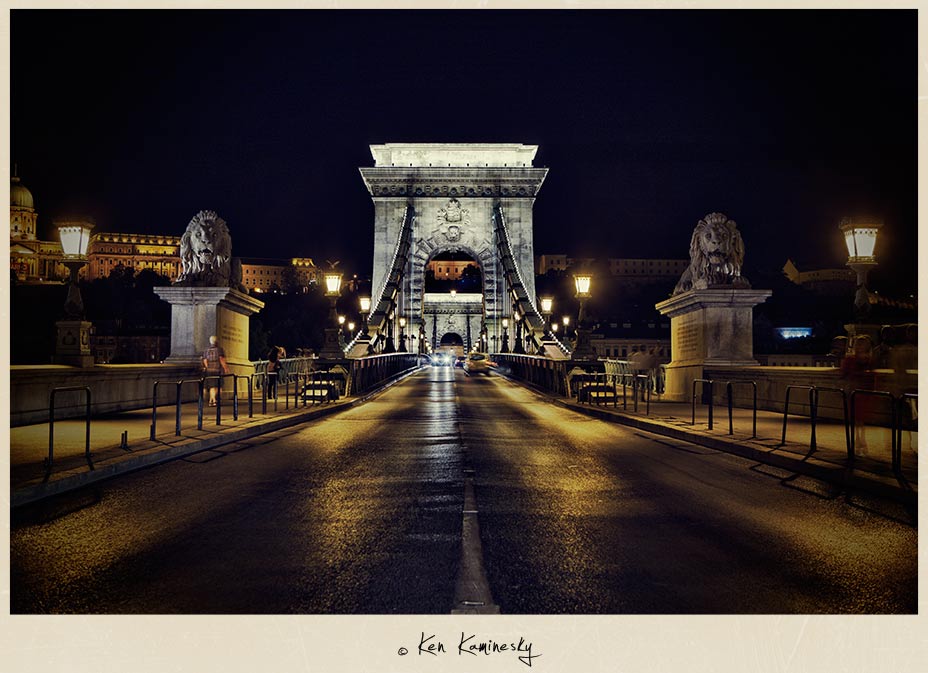 Here is where I really was at a disadvantage. I had no clue what the exchange rate was and the huge denomination bills were kind of intimidating.

What should have cost me 10-12 Euros ended up costing me over 70. He charged me 18, 000 HUF and to add insult to injury I was told that it was not enough and that I still owed him 10 Euros more! Sigh, I truly can be a moron at times. But hey, if that was the worst thing that happened in 3 weeks in Europe, then that just goes to show you what an awesome time I had! I’ve been fortunate in my travels so far with few issues or troubles. Sure there are always mishaps and travel woes, that’s to be expected. Those are what I would call “First World Problems”. I have friends who are avid travellers that have been shot at, survived shipwrecks and my friend Jodi has a whole page of mishaps to share . Yup, I’m doing just fine. 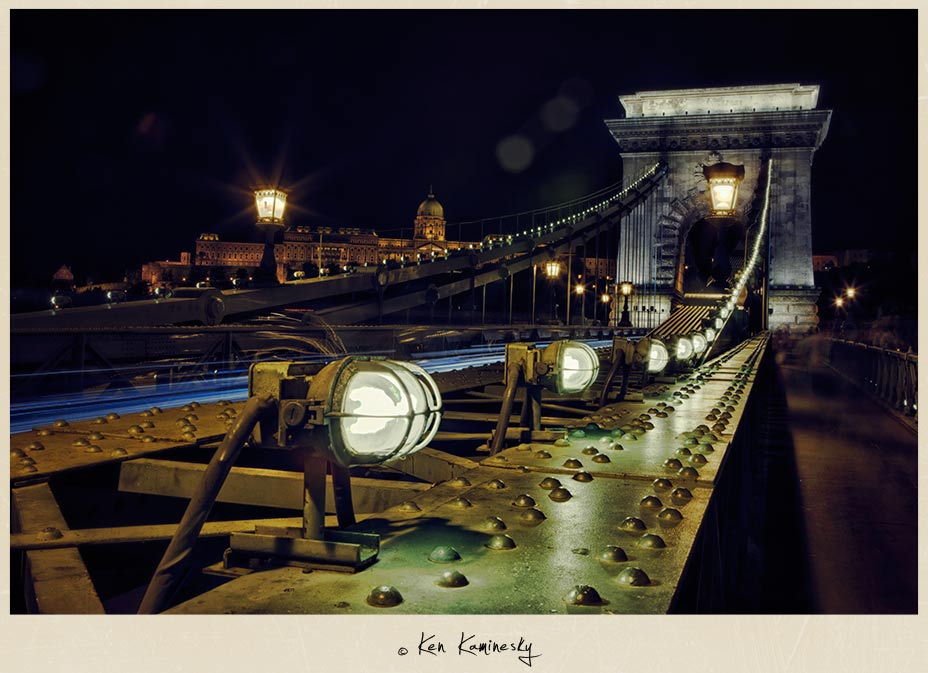 Now for the good stuff!

Now that I got the bad stuff out of the way, I can tell you how much I absolutely loved Budapest. I’m still smiling as I write this, just thinking of how cool a place it is, how much I enjoyed the locations I visited and people I met. The Hungarian Tourism Board was so helpful and accommodating to me from the moment that I was in touch with them when I was planning the trip. I contacted Roberta Gyori who is the editor a great website that promotes tourism in Budapest, thinking she would be able to give me some pointers, she did much more than that.

Roberta was already following me on Twitter, so she knew of my work. Obviously she’s a woman of high standards and exquisite taste. ;) After an email exchange she passed on a contact at the Hungarian Tourism board and my worries were over. I had been considering either Prague or Budapest as the city outside of Austria that I would visit, but it didn’t take long for me to decide on Budapest after talking with the tourism board people. Thank you Roberta! If you’re planning a trip to this wonderful city, make sure you visit http://visitbudapest.travel/.

One of the other good things about Budapest was the AirBnB apartment that I was staying in. I was centrally located, within walking distance to the Danube, close to convenience stores, bakeries, restaurants and several tram and bus stops. This was a full sized one bedroom apartment with modern kitchen and bathroom, it felt like I was right at home. The owner even provided me with a welcome bottle of wine and there was even a bicycle available to use. You don’t get that at a hotel. I’m grateful for the assistance of AirBnB on my trip to Europe, they put me up in clean, comfortable and well situated apartments in Munich, Vienna, and Budapest. If you’re looking for a way to save money while traveling, think about renting a room or an apartment from AirBnB, you’ll be glad you did. 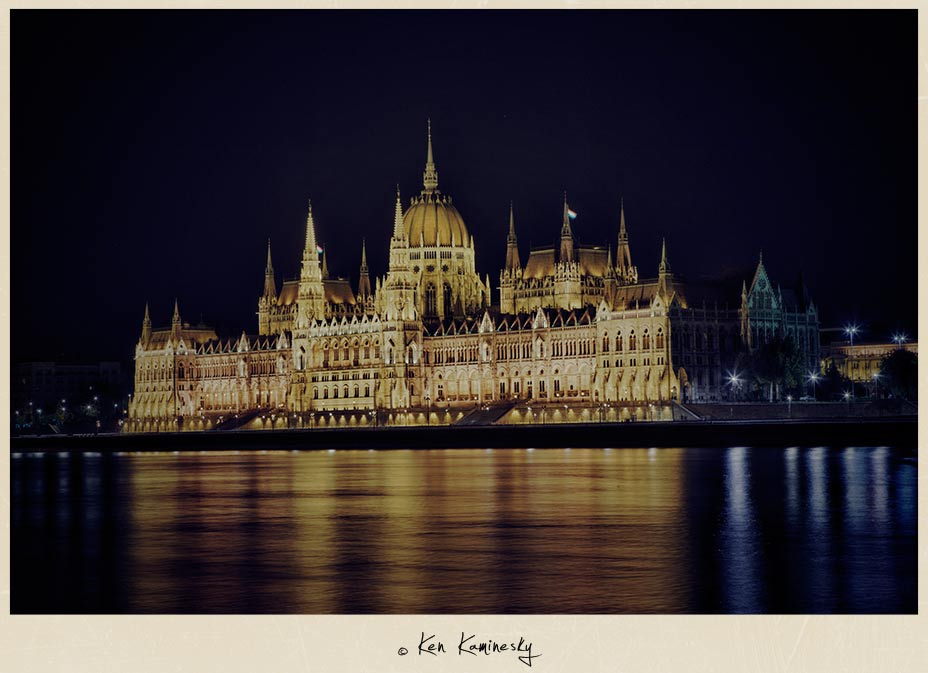 Hungarian Parliament buildings along the Danube at night

The tourism board provided me with a full time guide for my entire stay and I have to say that I was impressed with Vivien from the moment she introduced herself to me. In fact I had already been very impressed with her, as she had been making all kinds of arrangements for me to photograph in so many different places. She had been taking care of the logistics for a few weeks before my arrival and in the end I was able to photograph inside and outside of the Opera House, Parliament, the world famous Széchenyi thermal bath, Museums, concert halls, and more. If it was on my list that I submitted, it was possible to photograph. Let me tell you, this is not the way it works in most places and I’m grateful for all the help provided to me by the Hungarian Tourism Board and to Vivien in particular.

She was fun, informative and very proud of her beautiful city. Considering the language barrier, I could not have managed to do half of what I did with out her assistance. Nor would I have had the opportunity to eat so much delicious Hungarian food, and I really did love the food! Soups, stews, goulashes and noodles…. Oh man, I was in heaven. 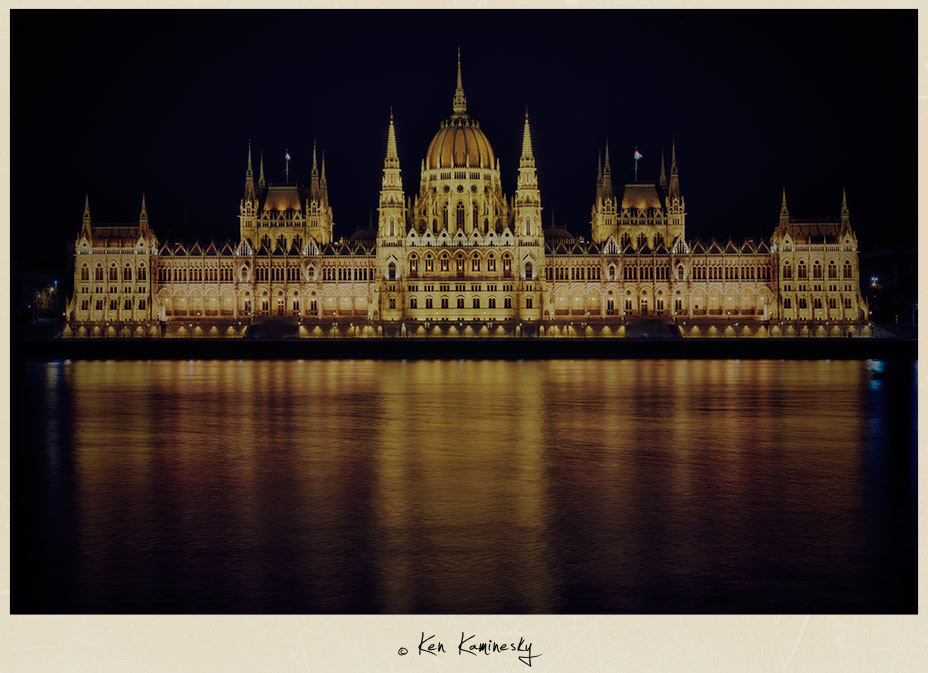 Not a bad view for my first night in town

The City at Night… What a Sight!

My first night in Budapest was amazing. I was treated to a fabulous meal at a fancy Hungarian restaurant and had a feast of traditional fish soup, fried goose liver and some delicious Hungarian wine. While Vivien tried to get me to understand a few words in Hungarian, I must admit that I really have little aptitude for languages and Hungarian is hard! It does not resemble any of the languages in neighbouring countries at all, but Hungarian is one of the most widely spoken non-Indo-European languages in Europe. Strange but true, the most closely related languages are Mansi and Khanty of western Siberia. The one thing I do remember is Jó étvágyat! :)

After dinner we went to take a nice long walk along the Danube and when I caught my first glimpse off the stunning illuminated buildings along the river banks, I was mesmerized. I had just arrived from Vienna, so I knew that it was going to take a lot to impress me when it came to architecture and ambiance. Vienna is one heck of a stunning city, but there was something special about Budapest that I still can’t quite figure out. Sometimes it’s good to just accept the fact that a new place now holds a special place in my heart, and Budapest most assuredly does.

My first glimpse of the illuminated Buda Castle took my breath away and that feeling stayed with me as we meandered our way to the famous Széchenyi Chain Bridge. I convinced Vivien to walk to the next bridge so that I could get a shot of the Parliament building from across the river. In some cases beautiful buildings are in locations that make it difficult to photograph, this sure is not the case for the Hungarian Parliament. What a sight to behold, especially from this vantage point. I was in for a special treat 2 days later when I was given the opportunity to photograph the interior of Parliament, a rare privilege. Wait till you see those photos!

This was such  nice way to start my visit to Budapest and a perfect way to end an evening that consisted of delicious food, great company, amazing sights and a lot of fun photography. The photography continued for three more days and I could have continued for three more weeks, sadly I never seem to be able to spend as much time as I’d like in the places I visit. Budapest has so much to offer and in my short time I feel like I just brushed the surface of what there is to do and see. I hope to be back one day soon to continue exploring this very special city.

I just spoke to Roberta and she was kind enough to pass on some very valuable links to anyone who is thinking about visiting Budapest. On her website http://visitbudapest.travel/ she offers free guides that will allow you to take better advantage of your time visiting this incredible city. There is an overall gude as well as several walking tour guides and they are all available by visiting:

She also told me that I should have read her article about taxis in Budapest. In my defence, may I just say…. DOH!

« The Ancient Greco-Roman Ruins of Historic Jerash in Jordan
The Most Beautiful Library in the World? »