It all began at Le Petit Palais, Musée des Beaux-Arts

The sky was angry on this winter’s day my friends and that anger metamorphosed into one hell of a rainstorm. I had just finished photographing le Petit Palais, and the only reason they can call it le “Petit” (small) Palais and not le Grand Palais is simply because directly across the street lies… You guessed it, le Grand Palais. Now le Petit Palais is no shrinking violet when it comes to big beautiful buildings in Paris, in fact it’s huge! So huge that I had to stitch 3 photos together to get it all in this one panoramic image. I would have attempted to photograph le Grand Palais as well, but not having access to a helicopter or hot air balloon proved to be my defeat in that noble cause.

As you can see by the intense sky, I was just able to capture this series of images as it began to rain. At first it was just a slight drizzle and I was not going to be dissuaded from taking photos on this second day of my trip to Paris. Or so I thought.

The Cour d’Honneur at Les Invalides

Refuge from the elements at Les Invalides

As I made my across the Alexandre III bridge, I felt a drop of rain. Lucky for me I had the rain cover for my camera. I pulled it out and smiled as I placed it over my trusty Canon 1Ds mkIII (no relation to all the cannons on display at Les Invalides;)). What I didn’t realize is that I would need an ark and not just a rain cover for the camera. Okay, perhaps this wasn’t a deluge of biblical proportions, but it was still far too heavy a rainfall to be able to take any kind of decent photos outside. Lucky for me my next destination to photograph had some interior areas to shoot. The Musée de l’Armée at Les Invalides, here I come! 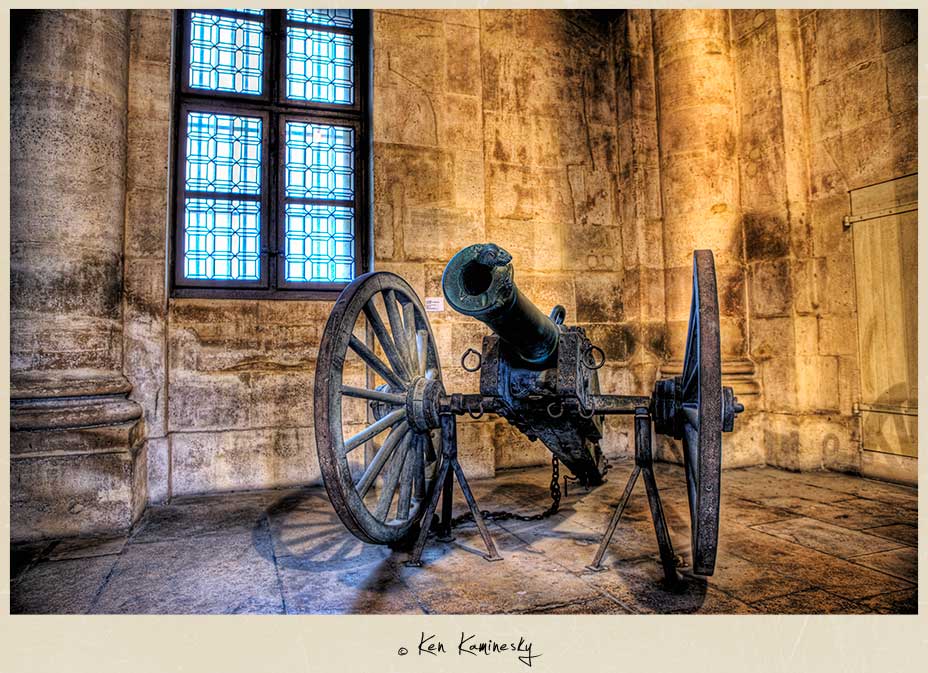 Les Invalides (L’Hôtel National des Invalides) is a complex of buildings in the 7th arrondissement of Paris that was constructed between 1670 and 1708 by order of King Louis XIV. It houses several museums associated with military history of France, tombs for some of France’s war heroes including Napoleon Bonaparte, as well as a hospital and a retirement home for war veterans, for which the building was originally designed. I was just happy to have had the chance to get out of the rain, but to do so in such an incredible place… Well, things do happen for a reason.

The bad weather played its part in keeping the hoards of tourists away for a brief time and that suited me just fine. Once again I was able to be in one of those places that is usually crawling with people and have it pretty much all to myself. 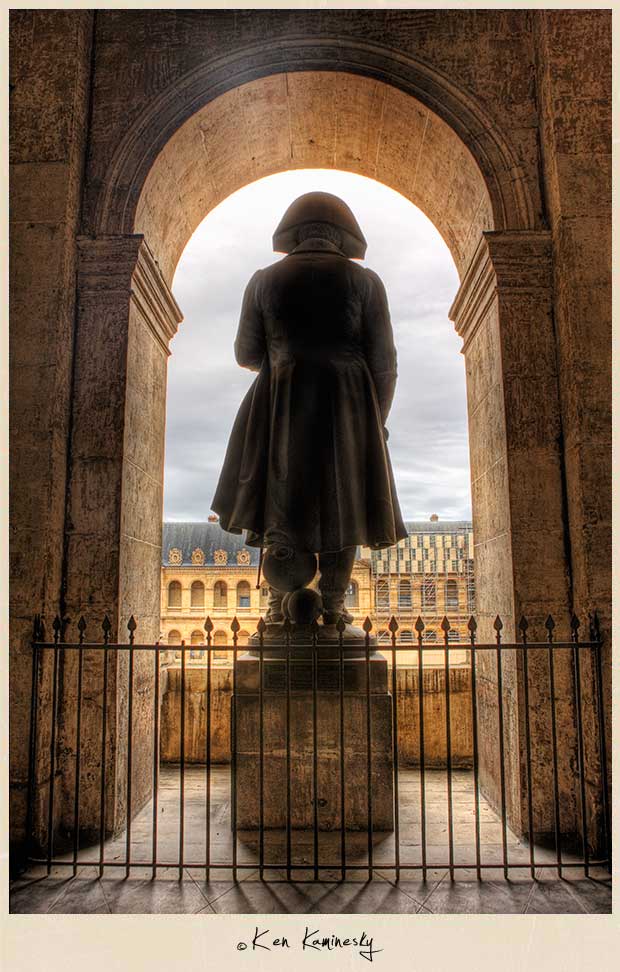 A little splash of colour

After spending all of the previous day walking around Paris at a rather hectic pace, it was a pleasure to be able to take the time to rest my feet as I explored the museums and grounds at Les Invalides at a more leisurely pace. One of my favourite places at Les Invalides was the chapel of Saint-Louis-des-Invalides. As you can see from the photos below, the chapel is decorated with the old standards or battle trophies that were carried in to combat by armies of old. Without that splash of colour from the weather beaten flags, the chapel would have a much more austere look to it. 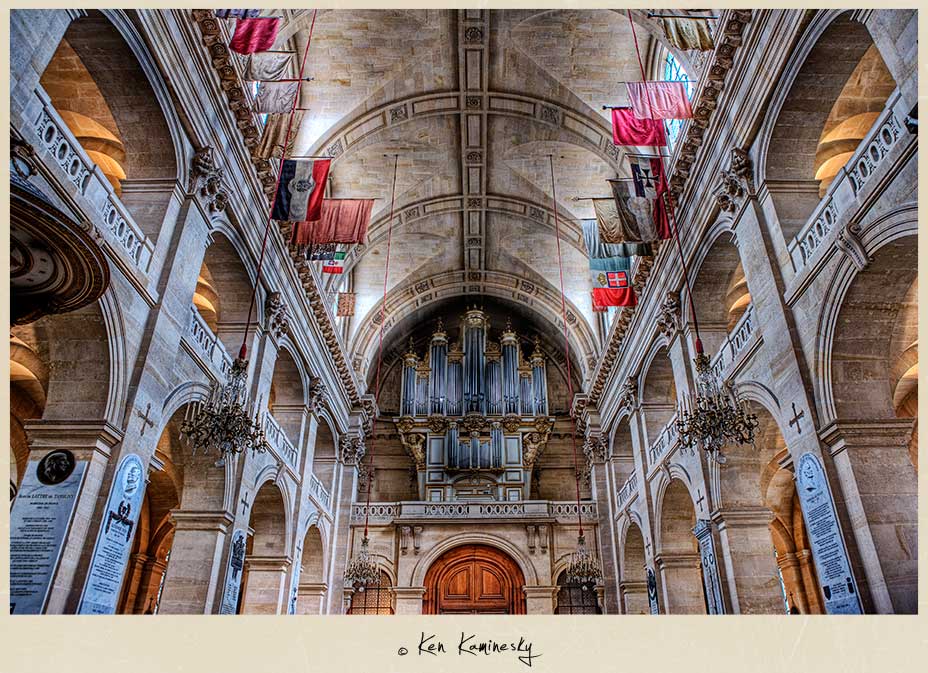 The organ at Saint-Louis-des-Invalides Chapel 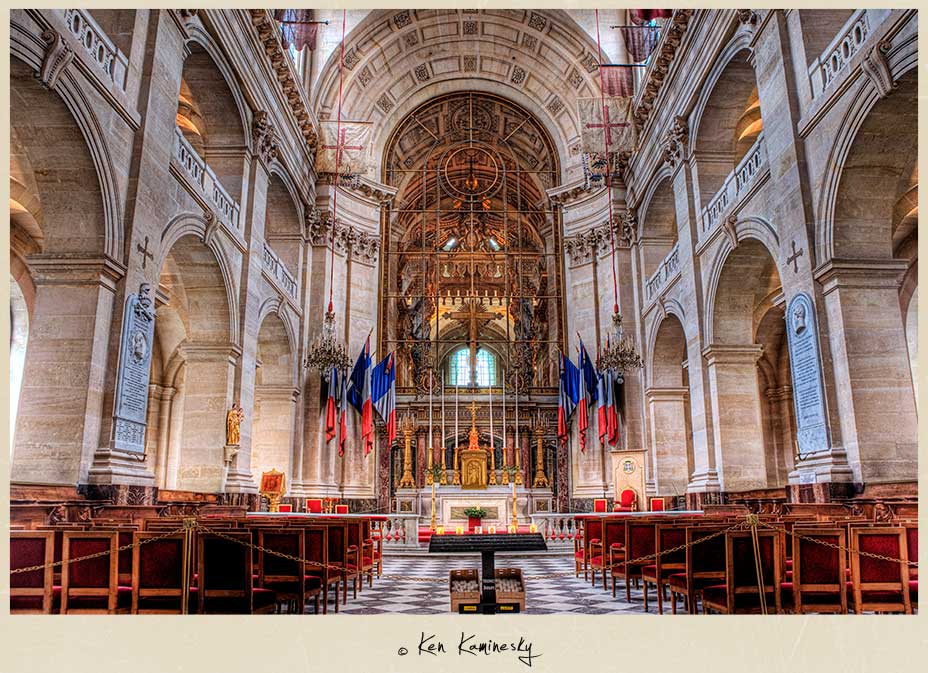 I can see clearly now, the rain is gone…

After spending several hours touring the different museums at Les Invalides, the sun decided to make an appearance in the sky. I took this as a sign that it was time to move on and continue exploring one of the most fascinating cities in the world. Paris has more amazing locations than I’d ever be able to photograph in a lifetime, let alone a few days. I think I had some good success with shooting at Les Invalides, but I would like to return one day in order to get a shot of the sarcophagus of Napoleon Bonaparte that lies under the beautiful dome seen in the second photo which I posted today. As I reached that area, it was already full of people and would not have made for a great photo. I’ll just add that to my list of a thousand reasons to return to Paris :) 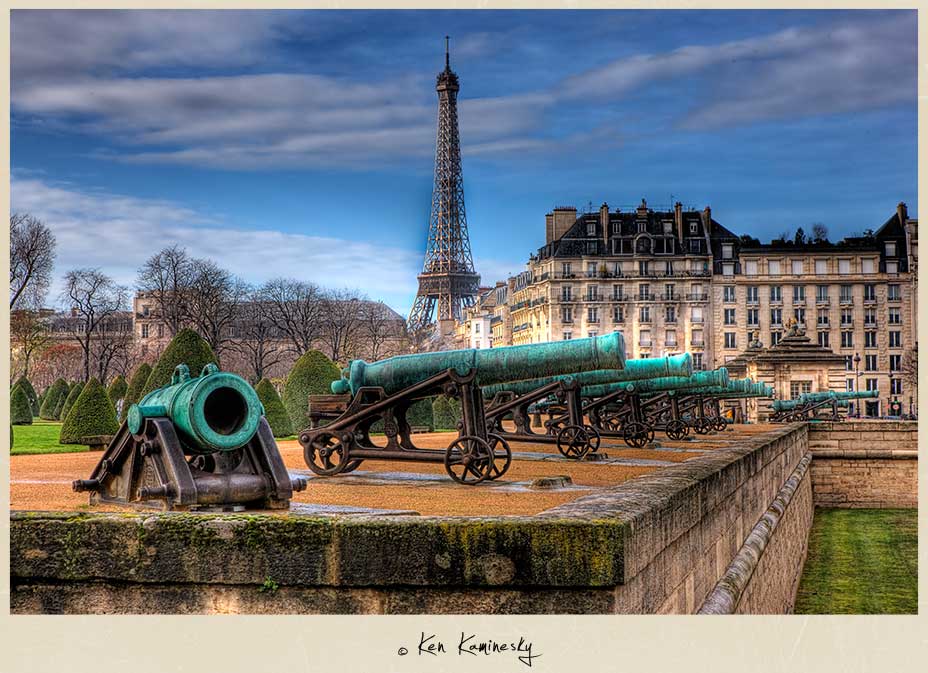 Clear blue skies after the storm

« Shipwrecked on a Desert Island in Australia
Banff, Banff, and more, you guessed it… Banff »