A Guide to Old Montreal Activities and Summer Festivals & Up Magazine!

The pics that were not picked 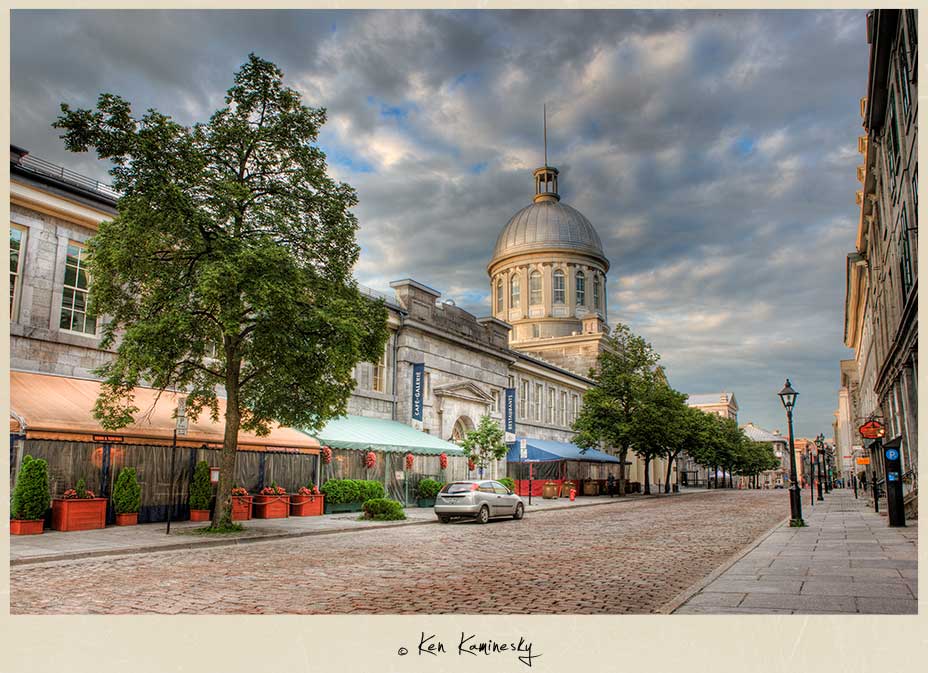 What happens to all those photos that a photographer takes for an assignment, that don’t get used in the magazine article? I’m so glad you asked! While I can’t speak for any other photographer, the photos I take that actually end up being used are five to twenty times less than I actually shoot. That doesn’t necessarily mean that the images are no good, or in some cases even better than the ones that appear in a magazine story. What usually happens, is that the editors will pick what they feel is the correct photo that corresponds well with the article. I always try and shoot alternate images, different angles, day and night shots, any kind of variety that makes it easier on my art directors and editors to have the perfect image for the story. Some photos just inevitably are left out.

In the case of these images from Old Montreal that I shot for a story that appeared in Up! Magazine last summer, I went out several times to capture the right time of day and weather for the images that ended up being used. After the people at up! chose their shots and the cover photo, I was left with a bunch of cool images that ended up not being used. I hope that you’ll agree with me here that these photos that I’m presenting today were just as good as the ones that were selected. It’s just that they didn’t fit as well with the story as the selected photos. Now, these images will be available for stock licensing to any future clients that may be in need of some images of Old Montreal for commercial or editorial purposes. It’s not like taking them was a waste of time, hopefully they will be able to earn me some income in the future as well.

This was a fun assignment for me, as I rarely shoot my hometown for a publication like up! I’m usually working away from home with the work that I do, so this was a treat for me. Take a look at the photos and you’ll notice the lack of people and cars. How did I manage that? Well… It helps to be a billionaire and able to pay off the city, police, and merchants. That’s one way I can block off whole city blocks and have no traffic or pedestrians in my photos. ;) Otherwise I’d have to get up before sunrise , wait until the sun comes out while no one is walking or driving around, as well as go late at night when most people are sleeping. Apparently a regular sleep schedule is not something that I’ll be partaking in any time soon.

Hope that you enjoyed a look at some of the photos that didn’t make the cut for a magazine story that I worked on. It was a fun look back for me at some shots that I had almost forgotten about. Since these were all shot in Montreal in the summer time, it’s only fitting that I share some fun info about what you can do here during this most festive of times. 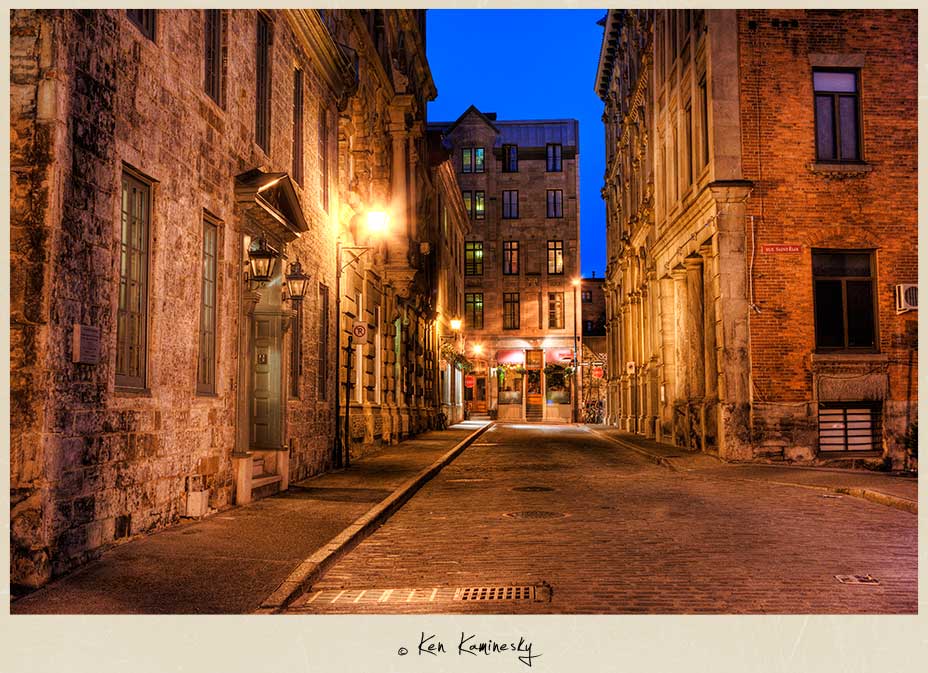 Rue-du-Saint-Sacrement in Old Montreal at night

Summer in Montreal is an awesome time! Old Montreal really lives up to it’s name, and can be mistaken for a European city in photos. This is why so many films are shot here, but it’s also a great place to walk around, eat, drink and be merry. Another great thing about Montreal activities in the summer time is that there are more festivals than you can actually attend, and something for everyone. While Montreal has the largest Jazz Festival in the world and the largest Comedy Festival in the world, we also have a ton of smaller and just as cool festivals that run all summer long. Here’s a list and the links to the festival home pages:

« Hey Photographers, register your Photography Copyright!
The Empire State Building circa 1955… Take a trip Back in time with OnOne »