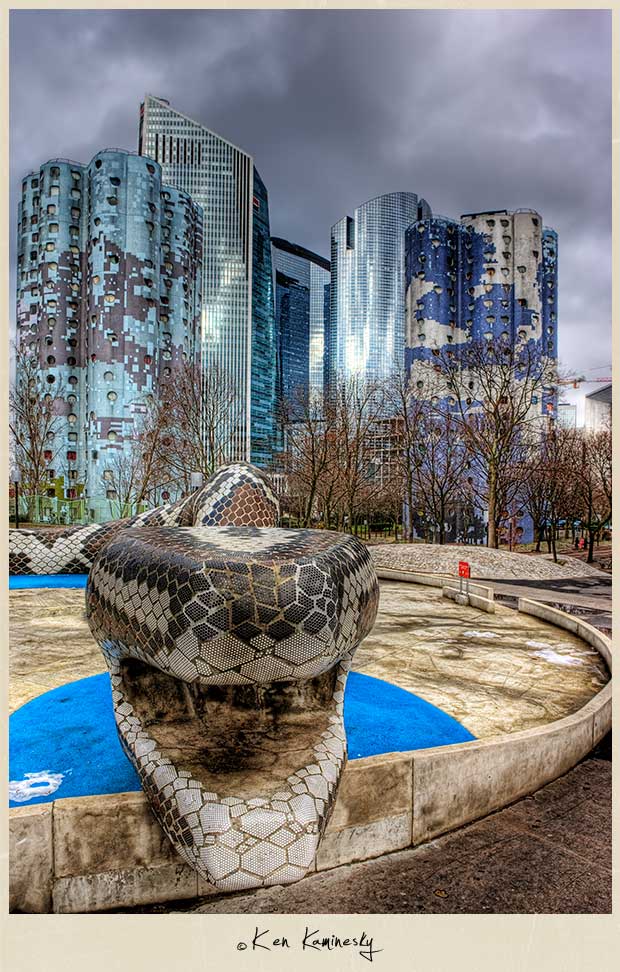 These high rise towers also known as Tours Nuages are a group of residential buildings located in Nanterre, in the inner suburbs of Paris near the modern business district of La Defense. I had spent the day shooting all the wonderful buildings in the La Defense area and as I so often do while I’m on the road, I let my feet take me in a new direction which often leads to an unexpected treasure such as these unique structures. Lucky for me I rarely encounter GIANT SNAKES (Let’s see how Google indexes the title to this post) but as you can see, this was not be be one of those snake free days.

La Defense is  one of the places that not too many tourists head to, but in my opinion, they are missing out on a very unique part of the city. Check out some of the great buildings that they have there in some of my previous blog entries:

Paris La Défense – The modern side of Paris 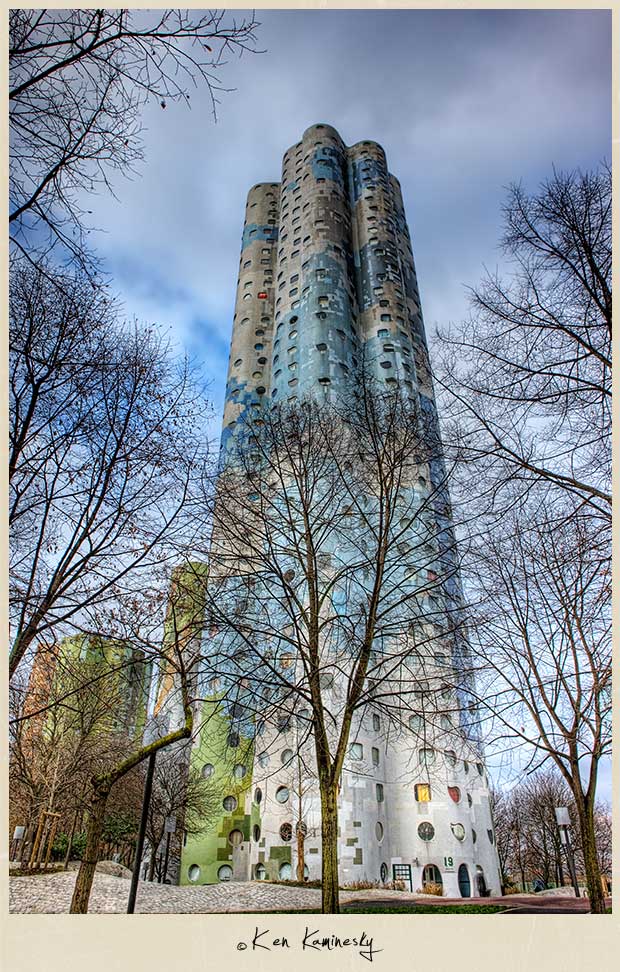 Oh the mistakes I’ve made

I made the mistake of staying closer to the centre of the city on my first trip and was incredibly disappointed with my hotel room, the hotel staff & the overall location of the hotel. It was dark, smelly, I swore that was mold on the walls in the bathroom, the walls were paper thin and the locks barely worked. Sometimes booking online is a great way to save but the photos of the hotels can be quite deceiving. In this case the photos did not show that the hotel was under a huge renovations and that there would be construction going on all day and lasted till late in the evening.

The next time I was in Paris I knew I was going to be close to La Defense and Nanterre, so I booked a room at a hotel in the area. I found a fantastic hotel within walking distance to the skyscrapers i wanted to photograph, at a lower price than the horrible hotel in the centre of the city. It was modern, clean, safe and the room was huge. They had a shuttle to take you to the metro if you didn’t want to walk the ten to fifteen minute walk and once at the metro station you were at the Louvre, Eiffel Tower, or most any other attraction withing another fifteen minutes. Staying a bit out of the way in areas that are more geared to business travellers is a good way to get a better room for less money. This is especially true in a big city like Paris with a fantastic subway system. 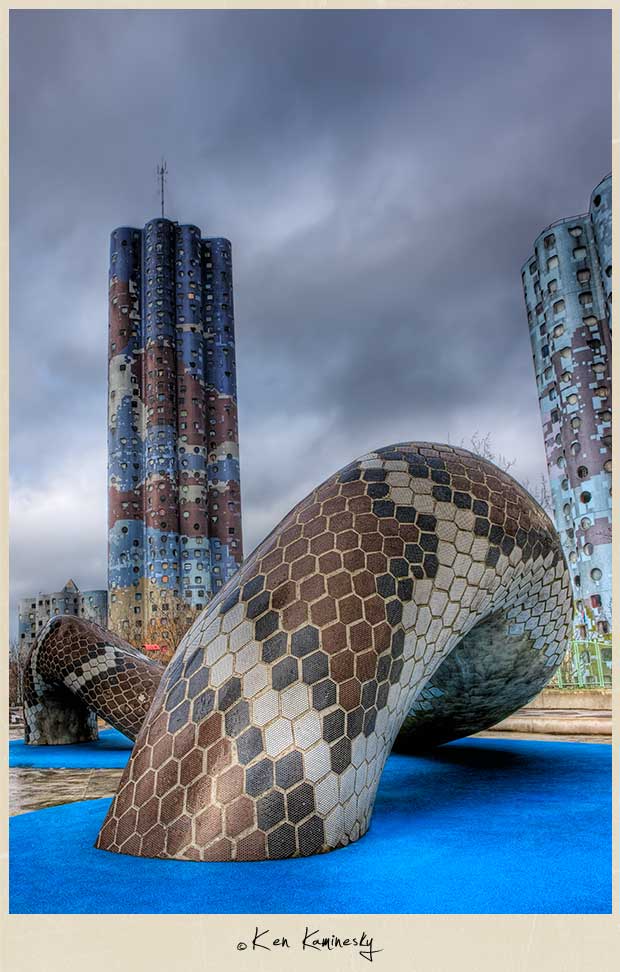 I couldn’t help but think of the old Doors song The End when I saw the sign next to the giant snake:

For security reasons, it is strictly forbidden to climb the snake.

Spoilsports!! I mean come on… It’s a GIANT SNAKE. As if I’m not gonna climb that! ;)

Needless to say that in the few minutes that I was in the area, several children were doing quite a bit of forbidden snake climbing.