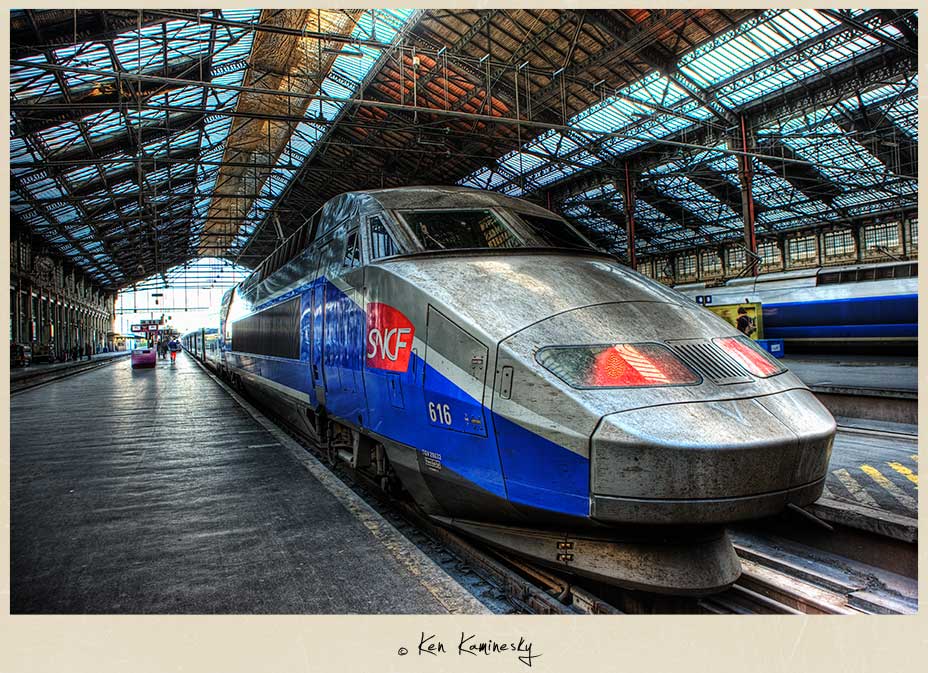 Thinking of booking a trip on Artesia, SNCF, or Trenitalia? Take a plane instead…

Why I’ll NEVER ride on an Artesia train again

Anyone who reads my blog knows that I never go on rants. I am not sure they really do much good, but in this case I just feel the need to get this out. At the risk of coming off as bitter, here is my first travel rant:

Caveat Emptor, words to live by, right? Sure, but how can a person know that the train ride they are about to embark upon will be a nightmare, and not the luxurious journey they were expecting? I had never taken an overnight train ride in my life before, so when I was planning my trip to Europe in 2009 I decided to give it a try. I’ve always loved train trips, even if they take much longer than flying, there is something very special about riding on a train. At least I thought so until this train misadventure.

I booked a ticket on the Artesia train #226 from Florence to Paris for the 22nd of December 2009. The ticket was for a sleeping car for 2 and cost $212.00 USD above what I paid for my Eurail pass. When I arrived at Firenze SMN the board said that the train was canceled. There was no one to talk to, the ticket booths were all closed and I had no idea what to do. I asked several people to help direct me to customer service but no one seemed to know where to go. Finally after asking a police officer I was directed to a small door where there is no indication of a customer service centre. The man there said that the train was not cancelled but delayed. He then went on to tell me that I had to go to another station to catch the train but was very unclear on which train, what track number and when the train was to depart. So not only did I almost leave the station because of the cancellation notice on the board but now i wasn’t even sure that the train I was getting on was going to take me to the right station to catch the actual 226 train to Paris.

After getting to the Firenze Santa Maria Novella station, countless other passengers and myself had to spend over 5 hours in a freezing cold waiting room where I got sick while waiting for the 226 train. The heat was barely on and a few inconsiderate jerks decided to smoke right at the automatic door, so it stayed open letting even more freezing cold air in. I ended up getting sick upon my arrival to Paris.

On the train the toilets were filthy, the heating system was barely functioning and there was no one to tell us when we would actually arrive in Paris. After sleeping for a few hours we were told that there was no food on the train and the we would only arrive in Paris by 21:00! (over 12 hours late) All this time on the train with no food? Unacceptable! There were children on the train who were hungry, how is this even possible to run out of food on an overnight train? Finally someone told the passengers that we would stop at a station in Dijon to pick up some boxed meals. Once we arrived in Dijon there were no meals waiting for us, even though they had sent the message over 4 hours before. So once again, the train was delayed as we waited for the food to arrive.

As I recall we arrived in Paris after 21:00 and I had lost a whole day of work. I was in Europe to work, not on vacation. One day of lost work represents a loss of potential income, and it’s not like I can just make it up by staying an extra day. There was no one to talk to at the train station other than one man giving out a paper with an address where we should send our complaints. He said that he could not answer any questions. I’m a small business owner and cant afford to change my flight and book extra nights at a hotel because of Artesia’s blunders. We the passengers were treated terribly, given no information and had no idea when we would actually arrive in Paris.

Notice that there is no email address and no phone number

To me that’s just a polite way of telling us to go to hell in three languages. They fully well know that 99% of people will not take the time to write a letter, but I did! Of course it took them months to reply and they never addressed most of my questions concerning compensation. They did request all my original documents such as train ticket, Eurail pass, and banking information. I made sure to scan the tickets before sending them, I had a feeling that they would “lose” them and guess what? They sent a follow up letter asking me for the original tickets again. How can I send the originals when I already sent them?? That’s just plain sleazy and dishonest on the part of a big company that knows they will get away with this unethical way of treating their customers. Shame on you Artesia!

The “reason” why the train was so delayed was that it had snowed. Now I know snow, after all I’m Canadian and we get our fair share of the stuff. But for a train to be delayed in Canada it would take a bit more than a couple of centimetres of snowfall. Even given the fact that it had snowed, there is no excuse for unclear instructions regarding the delay, sub zero freezing cold waiting rooms, disgusting bathrooms and lack of food. To be fair, I don’t fully blame Artesia for the delay, these things happen when we travel. It doesn’t snow that often in Italy, so perhaps it was a bigger problem for the infrastructure and running of the trains than it would be in Canada, where we are used to this kind of weather and prepared to deal with it. What I find deplorable is how Artesia managed a simple train delay with so much ineptitude, and how they treated me and the rest of their customers from the moment I arrived at the train station in Florence.

In Artesia’s first reply, they say that they regret the “malfunctions”. Thanks Artesia, but not half as much as I regret booking that ticket. They ask for my banking details and original tickets(which I had already sent). Okay, that’s easy, I sent in all the info requested including copies of the tickets.

A short TEN months later, I get another reply. They apologize for the delay in response (riiiiiight),  say that the trip took place during difficult conditions, and want me to know that they deplore, yes DEPLORE this. Now I’m unclear on whether it’s the conditions that they deplore (light snowfall) or they absolute ineptitude by their employees. I’m guessing that they just don’t like snow that much. They go on to let me know that they are going to compensate me with a whopping 79 Euros. Wow, a whole 79 Euros! The ticket had originally cost me $212.00, plus the Eurail pass. I had lost time off work, got sick and lost even more time off work and I’ll never get the time back to photograph what I had intended to in Paris. I had to spend countless hours trying to get Artesia to compensate me for my troubles, and along with everything else I had to deal with, the offer of 79 Euros is a slap in the face. As of today, Artesia has still not compensated me.

Neither of the two letters had a name, phone number, or email address that  I could follow up with. More shady delaying from Artesia, they obviously don’t care about their customers, and hope that we will just get discouraged by their stalling  tactics. They say to take it up with whoever sold me the ticket or to consult their website, which by the way has no contact links or information how to deal with such a situation. In closing they have the audacity to say that they hope that this allows them to retain my confidence in Artesia and that they will see me soon on one of their trains. Dream on Artesia, dream on.

The following is what I had to deal with:

If you’re thinking of traveling by train the next time that you’re in France or Italy, I’d advise you to stay away from Artesia, SNCF, and Trenitalia. Flying is far cheaper, faster, and more reliable. Whenever I have had issues with a major airline, I have found them to be easy to deal with and fair. On the other hand, Artesia has been underhanded in their dealings with me, and offered the worst customer care and service I have ever encountered.

My love affair with train travel is now over. Thanks a lot Artesia.

« Olympics, Art, Friends, and Doughnuts in Atlanta, Georgia
Where is this Mystery Building? »