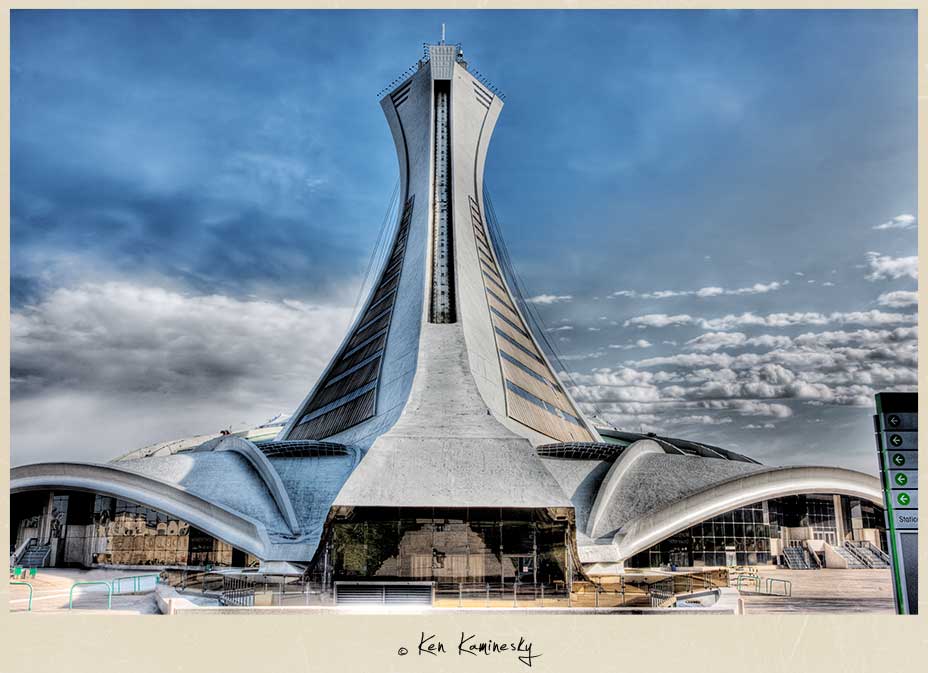 Montreal’s Olympic Stadium is one of my all time favorite buildings in my home town, but it is surely the most controversial as well. While many cities vie for the chance to hold the Olympic games, not all cities have great success once they get to be the host city. Back in the 70’s, Montreal had a rather dynamic mayor (Jean Drapeau) who did his best to get Montreal put on the map, so to speak. He was instrumental in getting the World’s Fair to Montreal in 1967 (Expo 67), which many consider the most successful World’s Fair in history. He helped bring a Major League Baseball team to Montreal in 1969. The Montreal Expos played their home games in the Olympic Stadium from 1977 until they moved to Washington DC, in 2004. Then there were the Olympics in 1976. Sadly, they were marred in controversy and gaffes from the very beginning. Here are  a few doozies (thanks to Wikipedia):

Perhaps the design of the stadium was a bit ahead of it’s time, and all the grand innovations that French architect Roger Tallibert had envisioned were overly optimistic. The roof was to be the most interesting feature of the stadium. The plan was for the roof to be retractable and held in place by the tallest inclined structure in the world at 175 metres. However, the inclined tower that you see in the photos was not finished by the time the games began. The roof itself sat in a warehouse in France until 1982 and was only installed in 1987, at which point the tower had been finally completed. 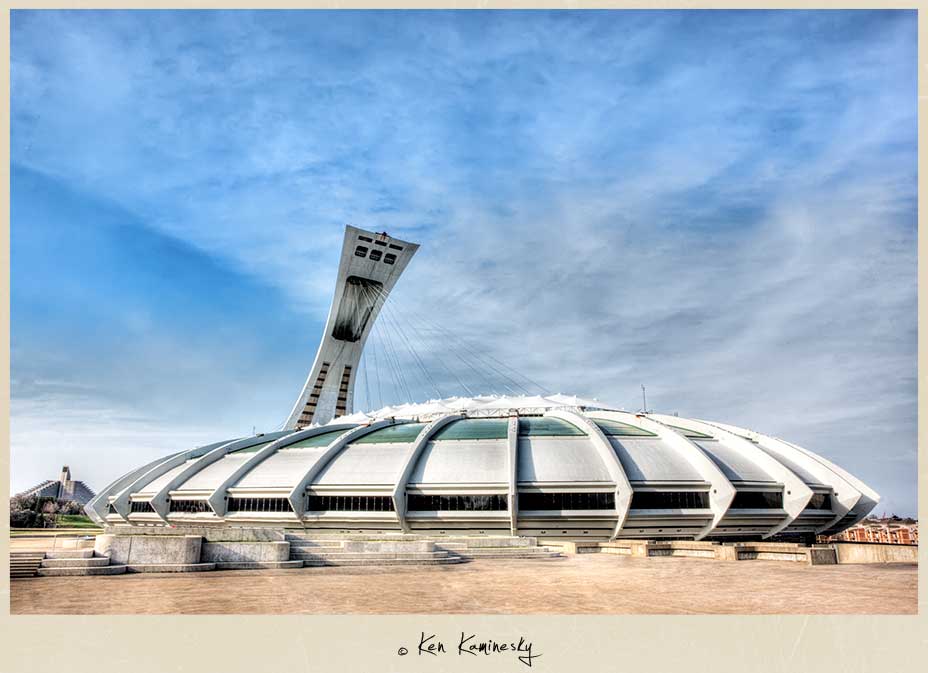 Stadium facts (thanks again to Wikipedia) 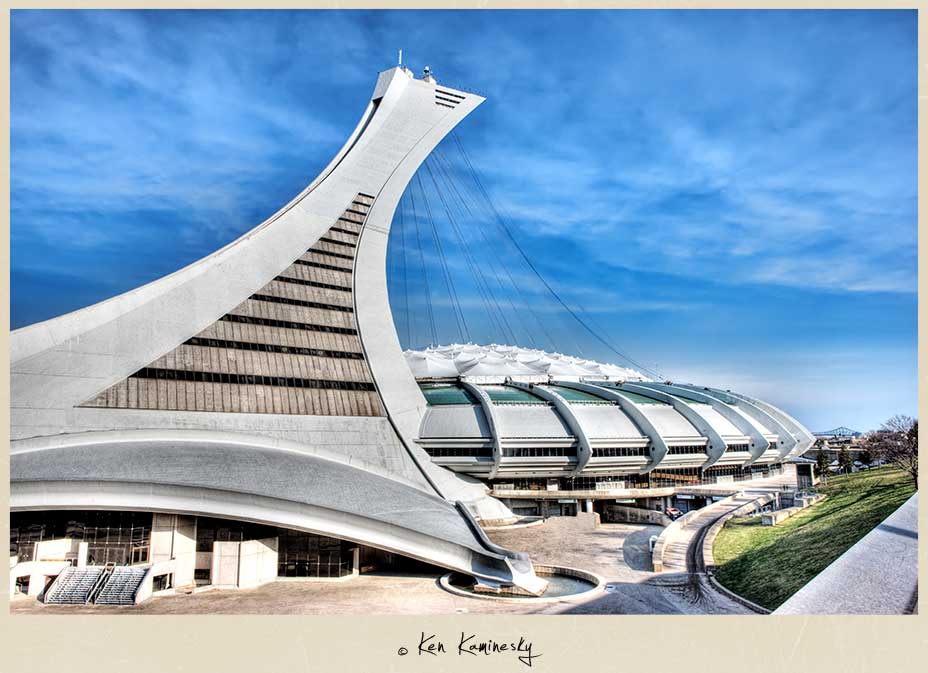