The Ottawa Memorial in Ottawa, Ontario 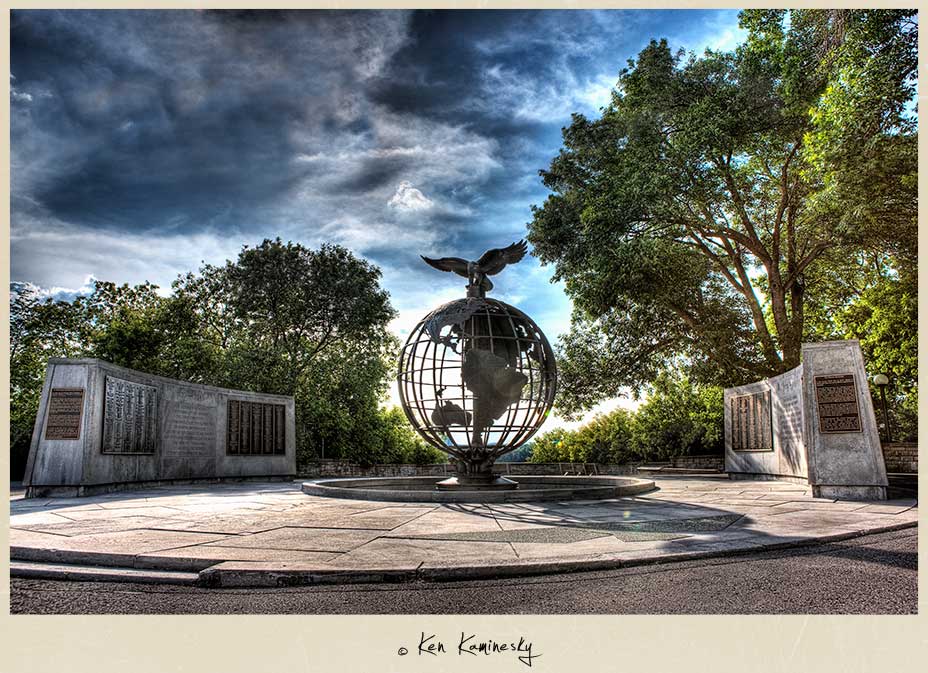 I thought that this would be an appropriate photo to share as in the U.S.A. it was Memorial day on Monday. Memorial day commemorates U.S. soldiers who died while in the military service.

The Ottawa Memorial is a commemorative monument in Ottawa, Canada that honours soldiers who served with the Air Forces of the Commonwealth in Canada, the West Indies and the United States and who have no known grave.

The following text is from the plaques on the monument and can also be found in French:

At the start of the war there was a shortage of aircraft and trained pilots. The United Kingdom was considered too vulnerable to attack and so training centres were established elsewhere. Bases in North America trained over 137,000 Commonwealth air crew, making a vital contribution to the Allied victory, while much needed aircraft and supplies were ferried to the United Kingdom from the United States and Canada by both civilian and air force personnel.

This memorial, unveiled by Queen Elizabeth II in 1959, commemorates by name almost 800 men and women who lost their lives while serving or training with the Air Forces of the Commonwealth in Canada, the West Indies and the United States and who have no known grave. Their names are arranged according to year of death, force and rank.

The Commonwealth War Graves Commission is responsible for the maintenance of graves and memorials in some 150 countries which commemorate around 1,700,000 members of the Commonwealth forces who died in the two world wars. The war dead commemorated here and elsewhere include those of several different faiths and of none.

« Mini in Milan, Italy
The Ufizzi Gallery in Florence, Italy »