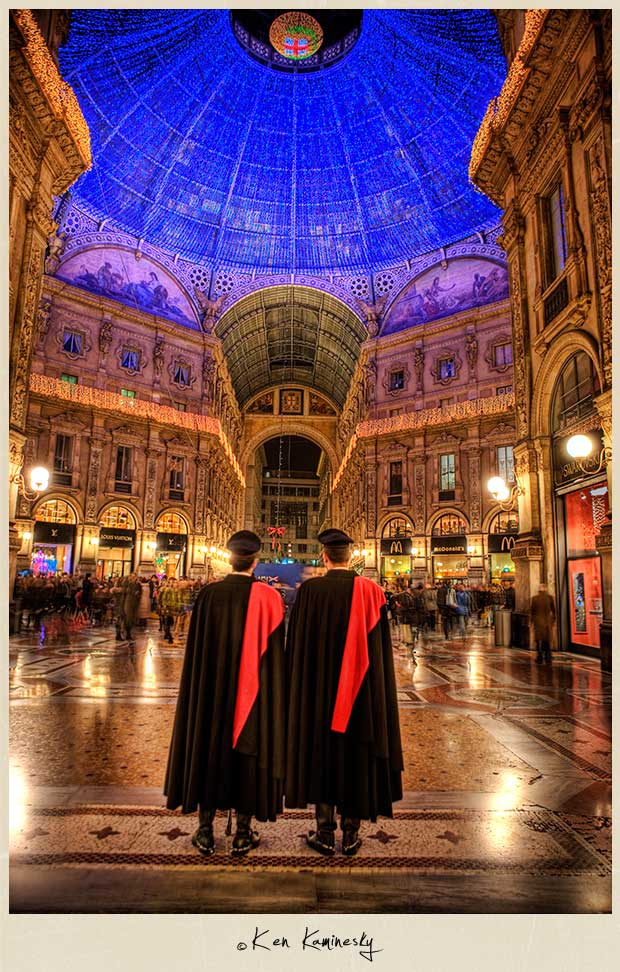 Usually I tend to keep my distance form the police, not because I am or have done anything wrong but because they often tell me I can’t take a photo of  something or somewhere I’d like to photograph. Rome was horrible for this but in Milan I found the police officers to be friendly and polite even when they asked me to stop photographing somewhere they actually gave me a reason and it was a good one. This photo of the officers was taken at the iconic Galleria Vittorio Emanuele II which is a must see when visiting Milan. Not only was it ok for everyone to take photos here but the officers were only too happy to pose for a photograph with any one who asked them. It was touching to see the smiles on the faces of children when they got to be in a photo with these two striking figures in such classy uniforms and these cops were having a great time as well which was clearly evident on their faces too. One thing I’m not sure of is if these guys are Carabinieri or regular Polizia, if you know please leave a comment.

I usually don’t take photos of people for the travel images I do, because I’m usually shooting multiple exposures that are up to 30 seconds long. People don’t stand still for that long, and as you can see from the people in the background they tend to blur. This works well on occasion and it was serendipitous timing for me to be there at a moment where I had the two police officers to myself, and that they were standing very still while everyone else was walking just fast enough to be slightly blurred.

It was Christmas season while I was in Milan and this is why there are all those lovely blue lights adorning the dome in the centre of the gallery. If you notice there is a red ribbon between the heads of the officers and attached to the ribbon is a giant mistletoe, which couples go and stand under, kiss and have their photo taken. As they kiss the chain that the mistletoe hangs from lights up all the way to the top of the dome and the whole thing sparkles to the delight of everyone watching.