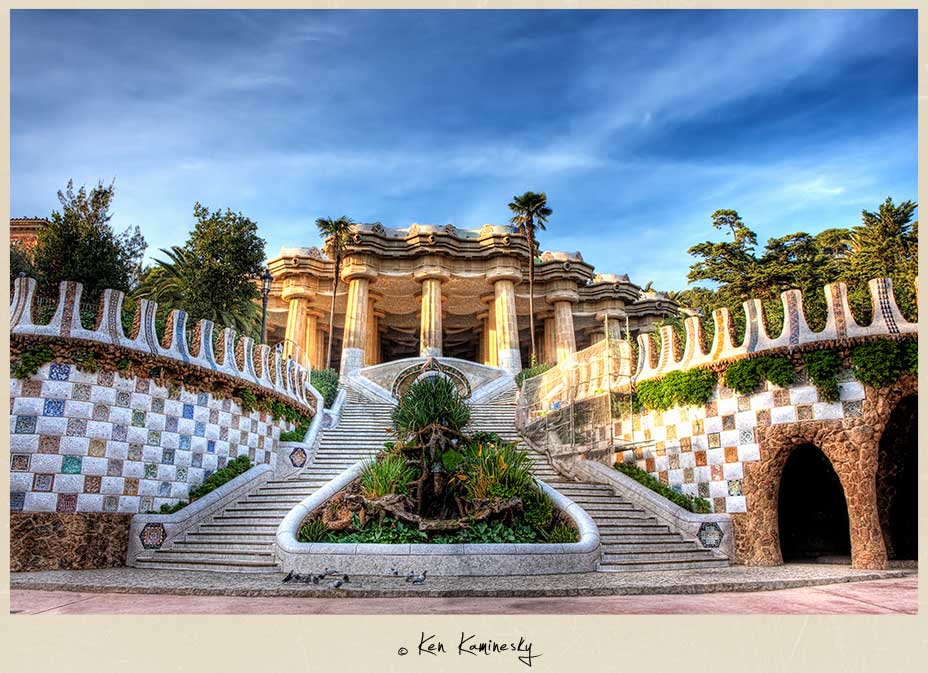 It’s hard to separate Barcelona from Antoni Gaudí as so many of the distinguishing landmarks in the city are his creations. Parc Güell is another bit of proof that Gaudí was a genius in his domain as an architect and designer. With so many unique details both in the design of the park and the structures within it’s borders it is no wonder that is is a very busy spot for locals and tourists alike. Parc Güell and Gaudí’s other masterpieces are all included in another UNESCO World Heritage Site titled “Works of Antoni Gaudí”.

While visiting Casa Batlló earlier in the day I met a new friend Liat who was visiting from Israel. Since I was traveling  alone I was pleased to have some company and I was happy to find out that she was heading off to the park as well. We took the subway to the nearest stop to the park and immediately got lost. It would seem that I have absolutely no sense of direction and can’t read a map to save my life and so like most men would do in this situation I let Liat ask for directions to the entrance of the park. :^) We walked up a very steep incline to get to the park and it was so nice to finally arrive at such a peaceful place. There were musicians everywhere, a woman singing and playing guitar under those arches to the right, a string quartet playing under the tiled ceiling at the top of the stairs and a man playing the steel drum on top of the roof. Amazingly you could not hear any overlap of music from place to place.

It took some time to get this shot since there were so many people walking up and down the stairs. However by taking many photos of the same scene I was able to remove them all in photoshop by overlapping and erasing in order to allow you to get a better sense of the architecture and design.

Have a great week end!