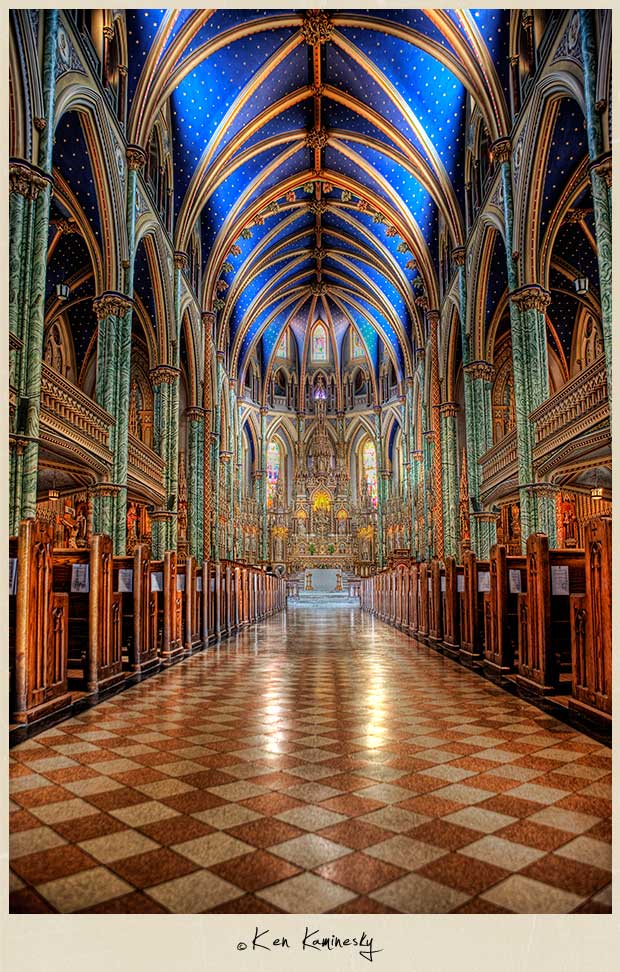 It seems that every French speaking place has a Notre Dame church and Canada’s capital Ottawa is no exception. The church features an interesting mix of Neo-Classical and Neo-Gothic features since the construction plans were redesigned after construction began in 1841. It is a Canadian National Historic site as well as the oldest and largest church in Ottawa and services are held in both French and English.

I just love the star filled blue ceiling in this church, it really makes the space airy and pleasant. Compared to some of the incredible Cathedrals in Europe this is a relatively small one and not nearly as impressive from the outside. However upon entering the Basilica I was really taken with all the intricate details in the pillars, stained glass windows and sculptures in the sanctuary. One of the priests greeted me as I entered and I thought for a moment that he would not let me take any photos. It’s a good thing that I had my iPod with me and on it I have my portfolio, so I showed him some of the other churches that I had photographed and lucky for me that he was impressed enough to let me use my tripod and take this among other photos.