Photographing The Roman Colosseum at Night 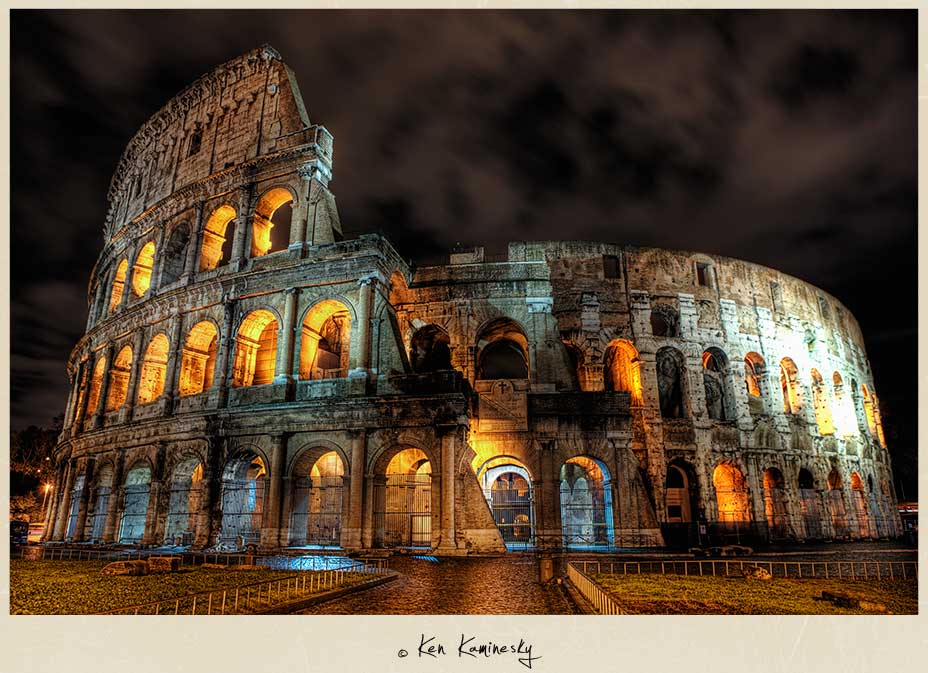 What a great building to photograph! The Roman Colosseum originally known as the Flavian Amphitheatre (Amphitheatrum Flavium) was built from 70 AD to around 80 AD. It’s rather incredible that it has survived these last two thousand years considering all the wars, earthquakes, looters and stone thieves that it has had to endure. It must have been so much more spectacular in the years just after contsruction was completed. Originally it was used for what we all think of when anyone mentions the Colosseum, gladiatorial games, animal hunts and fights, public executions and amazingly enough mock sea battles. In later years it was used as a fortress and a Christian shrine. There is no evidence that it was ever used for the purpose of feeding Christians to lions.

This is another one of those shots where I wasn’t too concerned about the people who were walking by. I knew that since it was a series of long exposures that it was unlikely that any of the dozens of people walking through the frame would actually show up in the photo. If you’re in Rome I’d suggest going at night to see how beautiful the building looks with all the artificial lighting. There are even night tours given of the interior if you are so inclined. One of the best parts of doing this kind of photography is that I get an education at the same time by visiting all these amazing historical places and museums. I often make verbal notes on the spot since my camera allows me to record voice clips and attach them to images, once I get back home I spend a long time reading more about where I was and always learn something new.